Once again, Katie Taylor made it clear why she is considered one of the best pound-for-pound boxers in the world. The Irish boxer ran over the Spanish challenger Miriam Gutierrez from start to finish to retain her World Boxing Association (WBA), WBC, IBF and WBO Lightweight titles at the Wembley Arena in London.

Taylor bet on the power and speed that characterize her to impose herself from the initial bell to a brave rival that tried to adapt to the rhythm of the fight without much success. The fast combinations of blows, especially the left hook, were the best weapons of the champion, who was able to connect well to Gutiérrez’ face and body.

Although the Madrid native went out to fight, she was unable to connect her power punches regularly and lost on the cards in almost every round.

In the fourth round, right at the sound of the bell, Taylor took advantage of a counterattack to throw a right punch over Gutierrez’s guard and sent her to the canvas before going to the break. The rest of the fight developed in an obvious advantage for the champion, but it was quite entertaining due to the episodes of blow exchange that both offered.

It was Taylor’s ninth successful defense, who has been the champion since October 28, 2017, and has been on a successful path. At 34 years old, the former Olympic champion has a professional record of 17 wins, no losses, and 6 KOs.

Meanwhile, Gutiérrez leaves her record at 13 wins, 1 setback, and 5 KOs.

Franco-Moloney was ruled a No Decision in Las Vegas 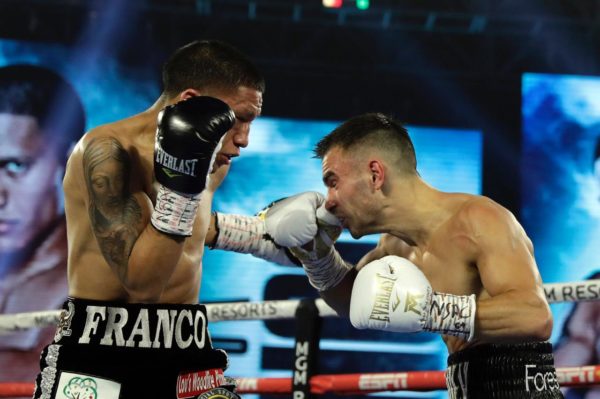