In a fight that lasted only two rounds, the champion’s eye was quite swollen from the first round. When they were going to go out for the third round, referee Russell Mora decided to stop the fight due to the swollen in Franco’s right eye, and determined that the reason had been an accidental headbutt from Moloney.

However, the decision was thoroughly reviewed by the Nevada Commission in the instant replay and after half an hour they ratified the third man’s decision on the ring for the San Antonio native to keep the black and gold belt. It should be noted that the fight does not count as a defense since there was no decision in the fight.

The fight had started with good action and with a very active Moloney against Franco, who tried to use his advantage in height and his uppers to keep the aggressive Australian at bay. The public was left wanting more because of how entertaining the fight was but Franco’s injury did not allow the fight to continue. 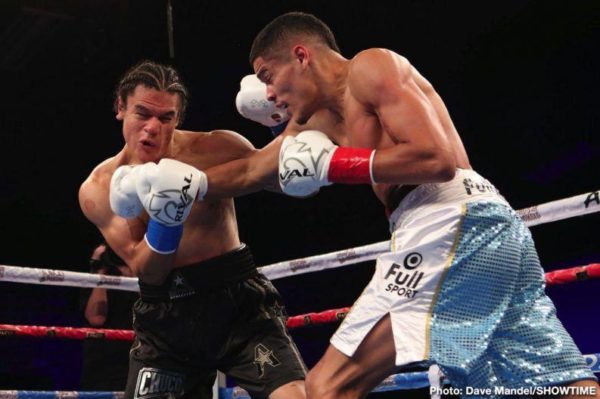