It must have been over 180 years, if we go back to the fourth decade of the 1700’s, when the first rules were set and about forty years since taking 1889 as the starting point when modern rules attributed to the Marquis of Queensberry appeared. They have historically led boxing to what it is today, a sport for the masses, for which a Latin American boxer became the first ever in the region to cinch the world championship belt: Alfonso Teófilo Brown, Panamá Al Brown, without quotes and in capital letters.

Brown came to the world on July 5, 1902 in Colón, on the Atlantic coast of the land o the canal. He came from a humble home, which is almost the norm in boxing. With time, he became rich with his fists, paraded his fame and popularity in over 12 countries (USA, France, Spain, England, Morocco, Italy, Belgium, Algeria, Switzerland….) He enjoyed the dangerous pleasures of bohemian life, in Paris he was Friends with many celebrities and died at 49, destitute and with tuberculosis at the Sea View hospital in New York, on April 11, 1951, a little while after the police picked him up from the street, mistaking him for a drunk.

However crude and painful those written lines are, we ask ourselves: who’s going to bell the cat? Nobody, no one can do it. His boxing glory is everlasting. He was no less than the first Latin American to climb so high, to the Everest, wearing his boxing gloves. What else can be said? Only that just for that he deserves the admiration and respect of all those who love sports and boxing on this part of the world.

With this feat, he earned the honor to be the one to open the doors to a generation of peers from Latin America that followed on the footsteps of the immortal 1.8m, 6 Ft tall bantamweight who could see his rivals from above, with long arms on guard he moved amazingly quickly on the ring. He knew how to use tricks when things got tough. He could win either by the violent way or by accumulating points on the scorecards.

He started as a professional on March 29, 1922 with a victory by points in six rounds over José Moreno, in Colón, at 20. He fought 6 more fights before leaving for New York in search for better fortune. He lost his undefeated record after 13 fights, with 3 draws and 7 KO’s to fall against Willie LaMorte in December of ’23. He stopped his run two decades later in Panama City, idolized by his people and the whole world with a victory before Kid Fortune. He left with a record of 128-19-11 with 58 knock-outs. He never got the 10 second count, although he did have 3 or 4 disqualifications. Other publications give him 133-18-13, with 60 knock-outs.

Panamá Al Brown won the Crown of the 118 lbs (53 kgs and some grams), in the NYSAC version, that is the New York State Athletic Commission, against Gregorio Vidal from Spain on June 18, 1929 at the Queensboro Stadium in Long Island with a decision on the 15th round.

He then confronted successively American Johnny Erickson and won by disqualification in the 4th in February 1930 (NBA belt, WBA today and NYSAC’s). and the French Eugene Huat in Montreal in October 1930 (IBU *, International Boxing Union title) by decision: again, against Huat on the same venue in October 1931 (NBA); the Italian Kid Francis (Francesco Buonaugurio), in Marseilles in July 1932, by points (IBU); Frenchman Emile Pladner, in Casablanca, Morocco, by KO1 (NBA); Italian Domenico Bernasconi, in Milan, Italy, in March 1933, he retained by points (IBU); British Johnny King, in Manchester, England on July 3, 1933, by points (IBU); twice against Tunisian Young Pérez in February 1934 and November of the same year, in Paris and Tunis respectively (IBU).

On June 1, 1935, a Brown, punished by his outside of the ring excesses, declined the title by points against Valencian Baltazar Sangchilli (Belenguer Hervas), the “Spanish Bulldog”, who had beaten him 3 months prior on a 10 round fight. Three years later they faced each other again ( Brown had been stripped by the NBA) and the Panamanian ended with his arm held high at the Sports Palace of Paris, for the vacant title of the IBU. At that time though, the champion accepted by the majority of countries was the Puerto Rican Sixto Escobar, the first to give Borinquen a crown.

Panamá Al Brown had some 10-12 more combats in Europe and the United States. He later returned to his country, where he tried to win the national featherweight title against Eduardo Carrasco, who subdued him on that fight and the rematch as well. He said No More BOXING with a victory on December 4, 1942, just as he started, against Kid Fortune at the opposite corner.

The International Boxing Hall of Fame harbors him for more than enough reasons since 1990. 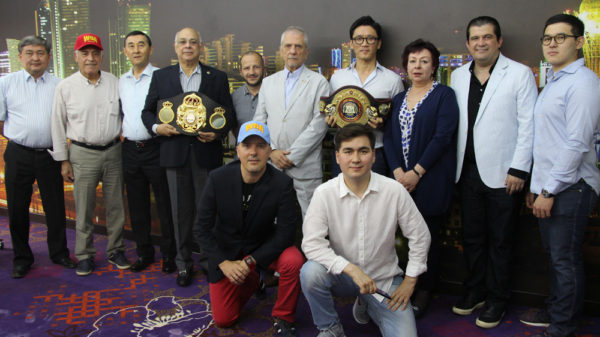