Erislandy Lara and Greg Vendetti talked to the press during a video conference organized by PBC prior to their bout this Saturday for the World Boxing Association (WBA) Super Welterweight title.

This Wednesday afternoon, journalists from all over the world connected to talk with the Cuban champion and the American challenger, who will get into the ring at the Microsoft Theater, in Los Angeles, to fight for the black and gold belt.

When asked about his rival’s style and whether he had the opportunity to study it, Lara said that he does not study his opponents too much before the bouts and that he prefers to do so during the first round of the fight.

Lara comes to the fight at the age of 37 and will be facing a 30-year-old opponent, which is a disadvantage for the southpaw fighter, but he assures that he is in great shape.

“I feel better now than I did a couple of years ago”, said Lara, who also said he has plenty of time left in boxing and is not worried about his legacy today.

For his part, Vendetti knows that he does not have an easy fight and that many specialists have Lara as the favorite to win. However, he said he doesn’t have a problem with that because he wants to surprise the world this weekend.

“I am really excited and motivated to show people what I can do”, said the Massachusetts native.

Both fighters declared they are ready for the fight, although they will have to make the weight (154 pounds) at the ceremony this Friday.

Lara-Vendetti ready to fight for the WBA belt 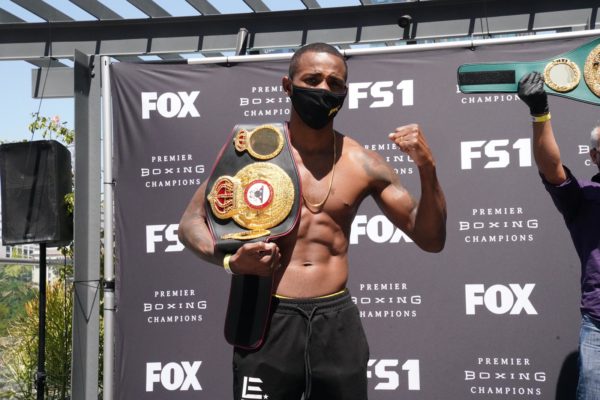