This week the video of Sultan Adekoya, a 10-year-old Nigerian boy who is a boxing sensation thanks to his speed and skills became viral.

The boy learned to fight when he was very young and is nicknamed as “The Nigerian Muhammad Ali”, but right behind him is the assistance of Coach Taiwo Adegbite, better known as “Coach Tipo” a man who works for the youth of his country and has used boxing to help hundreds of young people.

The Ebenezer Primary School in Egbeda, Lagos, has been used by the coach to prepare Sultan and other fighters on Sunday mornings, and although the training conditions are far from the best, they have managed to improve.

The coach from Ogun, Ayeitoro, gave an interview to the Nigerian website sports247 in which he spoke about his work.

“I have no other work hence the drive for boxing. My coaching badges were solely my own responsibility which drove me out of the country to do my boxing courses and since I came back to Nigeria, we have been struggling to train the kids without facilities, but my passion and talent kept me going even when there is nothing”, said coach “Tipo”.

“There have been several contacts with some organizations, but they have given in on their promises at some point and before you know it, you’re back to square one with nothing significant”, he continued.

About Sultan, Adegbite had nothing but praises and recounted how the boy came to his classes and how he has adapted. “Sultan is a very good boy and has been with me close to 6 years now, he is very intelligent, quick to learn, and he stood out among his peers. No one pushed him to boxing, he willingly came to me where I was training one early morning and said he wanted to fight and didn’t want to go back home. I took him in and was fierce with him. Despite all the treatments and herculean demands, he firmly held his passion up and was determined to learn at all costs”, he said.

“He is the best in his category, he tops his mates in every competition (35kg athlete category for kids who haven’t been tested in the higher categories) which resulted into people saying he’s more than his age. He just needs a little assistance, now that he is still young. He needs help now and not when he travels out of the country. We will start claiming he’s a Nigerian. Life for the young boy hasn’t been easy, he needs all the help he can get now”, he said.

But there is light for Sultan and his coach, as he was contacted by the Nigerian Sports Minister, who said he wants to adopt Adekoya to help him on his path in the sport. Coach Tipo said there have been many broken promises but coming directly from the ministry gives them confidence and they hope to have the support they need to continue developing. 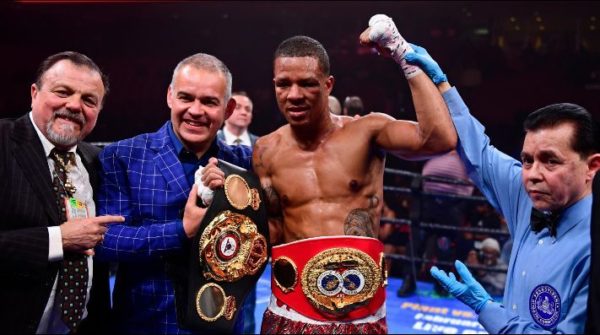