Dominican Jeison Rosario has more achievements in mind. Despite having won the World Boxing Association (WBA) Super Championship in January against Julian Williams, all the champion has in mind is to keep on climbing and he knows that to do so he needs to beat Jermell Charlo on September 26th, in Connecticut.

The Caribbean native spoke about his preparation and how this camp has been carried out in Miami before the fight.

“The best I have ever had. I’m in great condition, I feel super good. I am motivated, determined, very hungry and, really, very eager to see my opponent’s face in the ring”, Rosario said in his interview with the Miami Herald.

Charlo’s speech, on the other hand, was focused on the fact that the WBA champion is not at his level when it comes to boxing and that that is why he will win the fight that will have the titles of three organizations at stake. However, Rosario dismisses his statements.

“Well, on the 26th we will know if it’s true that I’m not at his level or if it is as I say. I say I’m at his level and at anyone’s level. I prepare myself for victory. Whatever he says doesn’t have any effect on me’’, said Rosario to the Florida media.

Rosario has a string of victories since 2017 and has changed significantly thanks to his work with coach Chiro, but beyond his boxing adjustments, he highlights those he has had on a personal level as responsible for his evolution.

The first thing that I left behind was my ego. Humility came, along with real faith in God. When I lost, I told myself I had to trust God more and trust myself less. I trusted myself so much that I forgot everything around me. I didn’t care about anything”, he said.

Rosario has great goals and dreams, but his main objective right now is to defend his black and gold belt in a fight in which the bets are not in his favor. Despite that, his status as a champion and his progress make him a fighter that can never be underestimated.

Matellon, a champion of few words 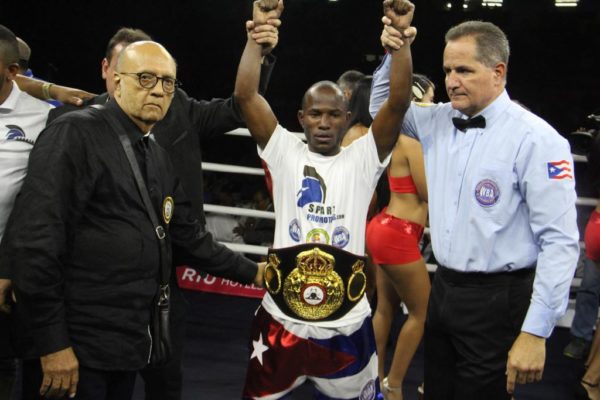