Sometimes, no matter how hard you want it, you simply can´t. The current situation that the world is going through with Coronavirus that made all sport events being cancelled. Up until midweek the Nazarena Romero (10-0.0 4Kos) and Julieta Cardozo (12-5-0 1 Ko) for the World Boxing Association Super Bantamweight championship fight was still programmed to take place inside the Argentinean Boxing Federation facilities on Friday March 20th, but it been an imperative taking the decision to postpone it due to the beginning of a mandatory quarantine that will start that day up until March 31 in all the Argentinean.

Romero, best known as “La Capricho” is the #12 in the world ranking, which is commanded by Marcela Acuña, while in the third spot is the recently crowned by the WBA the Venezuelan Mayerlin Rivas.

In 2009, “Capricho” first won the South America championship belt back in April against Marianela Ramírez, and in December she captured the National belt after defeating in 10 rounds to Laura Griffa. Romero is looking for her golden dream of becoming world champion this year, although she has already won a lot by ending up unscathed from all difficulties she had faced and starting over a new life which she clung with her soul.

Nazarena started in boxing by casualty, it was like an angel that showed up to offer her a new the opportunity to a new life alongside Julieta and Maia, her daughters  She was born in the province of Catamarca inside a family surrounded by poorness and violence. It’s unbelievable that a woman that young, with 25 years, and a smile that shines, she also carries on her shoulders a story that almost took her to death. An alcoholic father that when hanging out with his friends seemed to forget about the women who lived under the same roof, and showed green light to opportunist drinking friends to go overboard with Nazarena and her sister.

She escaped from school, from home, and from everywhere while her mother would go out to search her everywhere. The getaway sign of what she would see at home took her to be homeless and meets the darkness that is presented for those ones who desperately seek for a way out. This led her to start doing drugs at the age of 9, to live with a significant other at 12, and becoming a mother at 15 for the first time. With the plan of being able to find her own living in the world she abandoned the land that saw her born and established in the neighbor province of Córdoba, where she started working on whatever she found.

She got her first job in an auto shop. Where she also got free staying, but she was still lost, she slept with her daughter in plazas, bus stations, everywhere they could, and then the significant other appears with change promises which convinced her to come back home with him to receive their second daughter Maia, who is 6 now. The truth is that he never changed, and he was treating her like garbage up to the point of almost killing her hitting her with a stick. That was the last time he put his hands on me thanks to the support of the people she met through boxing, she once said “boxing is much more than fighting like I thought, it is discipline, it is the whole life”.

She met the sport one day that she went to buy something to a hardware store; she was attended by the owner, a boxing fan and also a boxing event’s organizer. Nazarena saw the pictures that decorated the walls, and she told him as an impulse that she wanted to become a boxer, that was the way she started her journey to boxing, The nickname she carries was acquired because her stubbornness she was known for. She started training in double shifts. “La Capricho” found in boxing her dream life that she could give it all for, she found something what living was worth. An example of growth and the social function accomplished by the art of boxing.

Who makes up your technical team now?

How do you define yourself as a boxer?

How did your life change with boxing?

Boxing changed my life 100%, it changed everything.

How do you remember your childhood?

What did you dream as a kid?

Were you linked with sports?

No, never. Only at school. Boxing came to my life when I least imagined it.

What is the message you would like to transmit?

Letting everyone know that you can make it, everything we dream is achievable, it is not easy, but neither impossible and that we are able to overcome anything, of being all what nobody thought we could be. I am sure that nobody believed I could be where I am now.

How many fights did you have as amateur? How do you remember your first fight?

I had 27 fights as amateur. The first one was crazy; I made my debut with a bigger boxer. Karen, who used to throw many punches, she looked like a ventilator, it was beautiful.

What was what your favorite part of wearing boxing gloves for the first time?

Only with stepping a foot on a boxing gym for the first time was what I liked the most.

How did you feel the fact of punching somebody else on a ring?

I loved it. I almost die too, they had to remove the head gear in the first round and I went outside to take some air because I used to do drugs, I smoked a lot, I smoked everything, I didn’t have any air, bit it felt nice.

Which are your ideals and life values?

Respect, discipline, consistency, and the love on top of everything.

How do you carry on with maternity, boxing and the day by day?

My daughters are used to my life. Now that they are growing it gets more difficult, but I try to inculcate and show them all the sacrifice I do so they could be fine so they don´t lack anything. Thank God it has been a while since I have been able to dedicate to boxing only, and with the help of sponsors too.

What about academic life?

I made it only until 6th grade, and it´s been a million years since I have touched a book or a pencil. This year I would like to start studying, getting the high school diploma and maybe go after a college degree because it is really complicated sitting with my daughters to help homework because I don´t remember anything. I always tell the anecdote when Julieta started first grade, I helped her with some sums and subtractions, and the teacher approached to me to tell me that Julieta had done it all wrong, and it was me the one who answered it. I expect to overturn that situation. 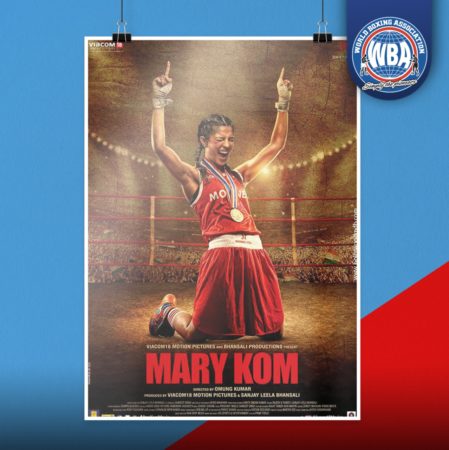