In part because of the disparity in weight, in part because, according to WBA president Gilberto Jesus Mendoza, “There are welterweights that Brook can face, there are middleweights that Golovkin can face,” the World Boxing Association chose to not sanction the fight.

Fighting out of the red corner in blue trunks, Golovkin staggered Brook in the first round with a big left hand. It looked like it might be a short night. But the challenger rallied. He had come to win and wasn’t going down without a fight.

Brook, fighting out of the blue corner in red trunks, surged in the second. Working behind his jab, he dominated the action by using his legs and ring IQ. Golovkin pressed the action and landed some effective shots, causing Brook’s right eye to swell, but the champ had trouble cutting off the ring.

There was plenty of action in the third. Golovkin was still being outboxed. He was eating more punches than usual and a three-punch combination staggered him. The fight was a more competitive affair than most expected. Both fighters were busting up.

Brook started round four with a quick 1-2, followed by a straight right. Triple G connected with a jab and bulled the challenger to the ropes. Golovkin landed a left to the body and a right to the head. Brook countered with a left. Triple was pushing his punches, which were often wide and lacked snap, but an air of inevitability permeated the O2 Arena.

Golovkin, for whom I was rooting, was behind on my scorecard, but HBO’s Harold Lederman had it 3-1 in his favor after four.

The champion came out cruising for bruising in the fifth. He and his trainer Abel Sanchez understood that Brook, while he might not have been hurting Triple G, had the crowd behind him. Golovkin landed a hard right that hurt Brook, who retreated to the ropes. Triple G had him where he wanted him and unloaded several well placed bombs to Brook’s head and body. Golovkin was putting some serious hurt on Brook when his corner threw in the towel thus ending the fight.

Bernard Hopkins, who was working with Jim Lampley, told the TV audience, “I don’t agree. I don’t understand.”

Kell Brook gestured as if to second Hopkiins. The stoppage felt premature. The ending was decisive, but somewhat anti-climatic. Gladiators want to go out on their shield.

“I knew that Kell was a very good fighter,” said Golovkin after the fight, “but he’s not a middleweight. He’s just not. I wanted big drama show. I brought a street fight and it was game over. I respect him, because he is very good, but he’s not so strong. He touched me, but I didn’t feel anything. He didn’t hurt me at all.”

Brook took issue with that statement.

“Believe me,” Brook said, “I hurt him. I take nothing away from him because he’s a scary champion, but I would like to fight him again. My eye stopped me coming forward.

“He can obviously punch, but I expected him to be a bigger puncher. In the second round he broke my eye-socket, but I was seeing three or four of him so it became very difficult. I was settling into it and throwing some good punches, but when you’re seeing three or four, it is hard.

“I am a warrior and I wanted to carry on. You would have to kill me to take me out. I was starting to get into it. My trainer was looking out for me, he’s known me a very long time.

“But Triple G is obviously a true champion.” 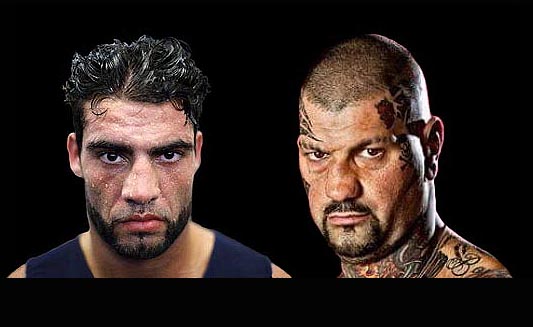