The World Boxing Association (WBA) Classifications Committee announced its rankings for May, which includes the 15 best boxers in the 17 weight divisions. Only these boxers have the possibility of aspiring to a world title fight within their respective divisions.

The “Boxer of the Month” distinction was awarded to Naoya Inoue, who beat Juan Carlos Payano via knockout in the first round to retain his WBA World Bantamweight Champion status.

With this first round knockout Inoue scored his 17th professional victory and 15th via knockout as he defended his World Boxing Association (WBA) World Bantamweight Title for the very first time.

The fight took place at the Arena in Yokohama, Japan, and was the first round in the World Boxing Super Series (WBSS) for bantamweights with Inoue coming in as the second seed in the tournament.

The fight only lasted 70 seconds, with Inoue landing the first right hand he threw a minute into the round that cracked the chin of Payano and put him down for the ten count.

Inoue continues to impress all boxing fans, as he came into the fight with a similar destruction of longtime reigning WBA champion Jamie McDonnell in May.
Inoue now looks to face Emmanuel Rodriguez in the next round of the tournament.

The honorable mention of the month is Alberto Machado. Machado
left no doubt of his power in the ring by knocking out at the 2:25 mark of the very first round the American native Yuandale Evans in New York. The fight was the second successful defense of the super featherweight champion of the World Boxing Association. 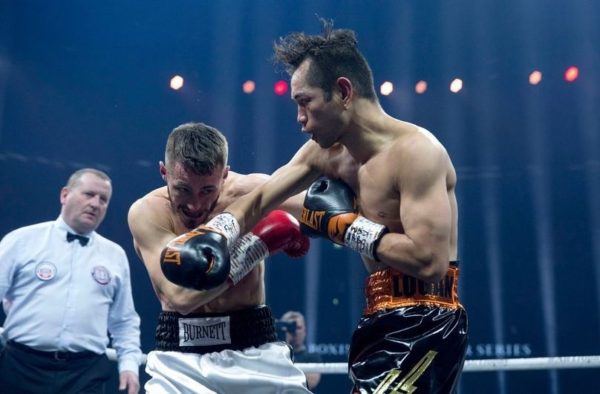