The Championships Committee of the World Boxing Association (WBA) sent a new communication to the teams of Hiroto Kyoguchi and Esteban Bermudez granting a period of 10 days to submit the signed bout contracts, the period expires this January 7.

The communication was sent last December 29 and the bout must take place before February 9, 2022, since the 90-day term expires on that date since both teams announced to the entity that they had reached an agreement for the fight for the Light Flyweight title.

The pioneer organization ordered the fight last June 10, 2021 and gave a period of one month until July 11 for them to reach an agreement. Subsequently, on August 18, the committee sent a reminder and gave 10 days to negotiate until the 28th of the same month.

On October 20, another notice was sent out giving them 15 days to send the fight contracts before considering a bidding process. On November 5, this period ended and the bidding was called for November 12.

On November 11, 2021, one day before the auction, both teams (Matchroom and Greg Cohen) informed that they had reached an agreement for the fight and the auction was called off, and they had until November 22 to send the contracts.

On December 14, 2021 they still had not submitted the contracts and as a courtesy they were given until December 20, 2021.

However, last December 29 there was no news about them, so a new deadline was sent.

Failure to submit the contracts will entitle the WBA to apply rule D15, which states that if the champion does not sign a fight contract within the required period of twenty (20) days after the awarding of the bid or refuses to participate in the fight by the winning promoter, he will be considered in violation of these rules and his title may be vacated. 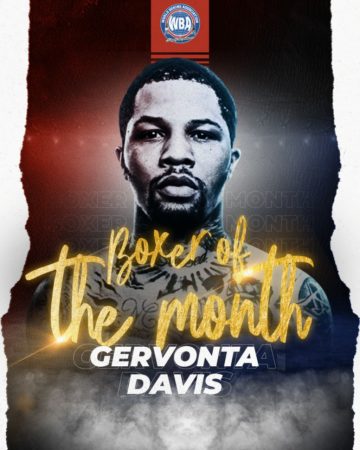