The World Boxing Association (WBA) gave a deadline of 90 days, until next April 24, to carry out the mandatory bout between the super bantamweight super champion, Murodjon Akhmadaliev, and his mandatory challenger, Ronny Rios.

Matchroom Boxing won the rights to organize the fight on May 24, 2021. However, the fight had to be suspended due to Covid-19 and Akhmadaliev received special permission to defend against Jose Velazquez last November.

Once the voluntary defense was completed, the Championships Committee sent the communication form to the company in charge of organizing the fight with the established deadline to promote the confrontation.

Akhmadaliev is the 122 lbs. world champion and will face Rios, who occupies the first position in the ranking of the pioneer organization.

Rodriguez and Aguilar for WBA-Fedelatin belt in CDMX 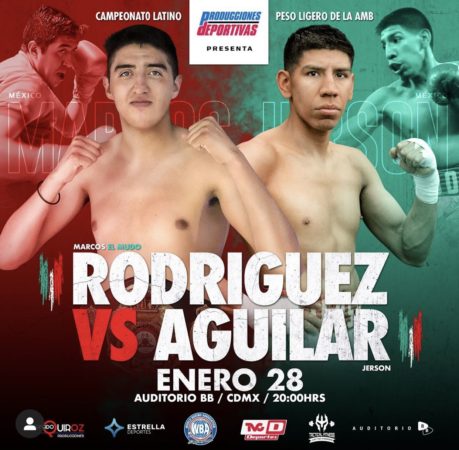