The World Boxing Association (WBA) and its president, Gilberto Jesús Mendoza, confirmed a partnership with the company Pueblo Boxing for the celebration of the 100 years of the pioneer organization and the 20 years of this non-profit organization during 2021. The joint venture will have several projects, including the launching of a WBA clothing line and the support for tournaments, as well as founding and certifying gyms.

The oldest boxing organization in the world will celebrate its centenary in Russia during the month of July and the collaboration with Pueblo Boxing, which was born in 2001, comes at a great time for world boxing.

Both entities’ interests and objectives are similar. The WBA has always been interested in using boxing as a vehicle for young people’s improvement, and working together with this company will serve to expand the scope and complete the goals in a more efficient way.

The work of Pueblo Boxing in Puerto Rico, Spain, El Salvador, Colombia, Mexico, among other places, called the attention of the pioneer organization, which works around the world for the development of boxing in all areas.

The idea is to raise funds to continue helping all those young people who have a dream, and contribute to their growth. Today, more than ever, we remember the words of President Emeritus Gilberto Mendoza: “We can do it, we are going to do it. Let’s do it together”.

Morán demolished Colón and is the new WBA-Fedecentro champion 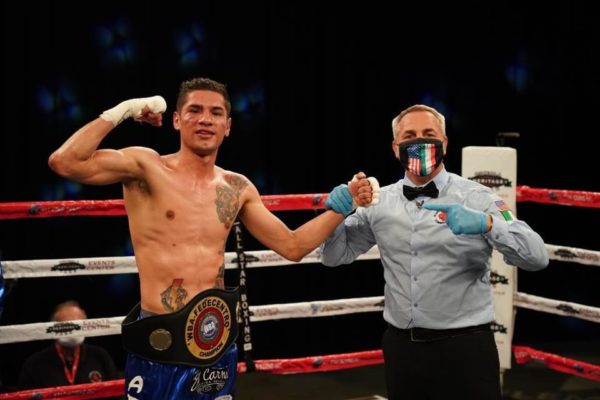