Nicholas Walters confessed that he doesn’t remember the amateur fight he had with Miguel Marriaga in 2008 in Guatemala. But the WBA World Super featherweight champion said that he is ready to defeat the Colombian this Saturday in New York’s Madison Square Garden.

“I have been training hard, preparing for a big fight this Saturday,” said Walters. “I’m going to make a big fight, because he is a great opponent, undefeated and he defeated me in the amateurs and talks too much. I’m going to shut up the mouth with my fists.”

Marriaga was the executioner in the first fight for the Qualifiers in Guatemala, to enter 2008 Beijing Olimpic Games. He won 14-9 and left Walters without the chance to go to the appointment of summer, but in New York he told the press “Marriaga may have beaten me, but that was in the four-round amateur fight. On Saturday we will be fighting twelve rounds. He can bring his style, whatever. I’ll bring mine.”

The world champion said categorically, “I trained to win by knockout. I’m going to destroy him.”

For his part, Marriaga has not given any importance to the champion’s words and says that he has everything to beat him in New York City. “I have the strength and intelligence to beat him, and that I’ll use to beat him. After that I defeat him again on Saturday, I will seek the way of unifying.”

This Thursday will be the press conference in New York and the weigh-in will be on Friday. 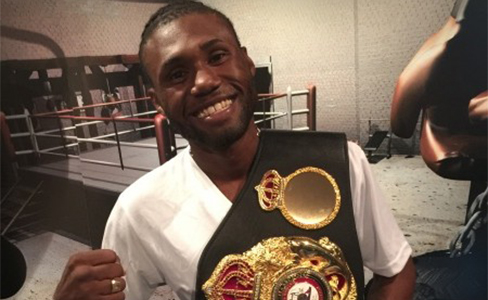