Ugás’ work was strong from the first rounds of the fight and he knew how to use his combinations of blows to push back Ramos, who was trying to throw punches in a counterattack with great force.

The Cuban boxer used his height and range advantage to keep his dangerous rival at bay, who surprised him on several occasions with good shots to the body and left hooks to the face. However, Ugás knew how to dominate the fight and accumulate rounds to win the decision.

Loma and Theofimo signed contract for their fight on October 17 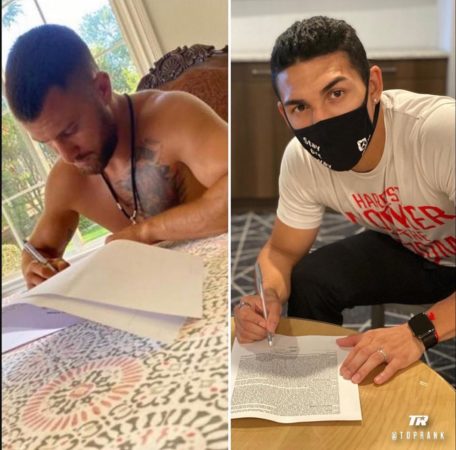