The World Boxing Association (WBA) wishes Hiroto Kyoguchi a speedy recovery after testing positive for Covid-19 on Monday. The WBA Light Flyweight Super Champion was supposed to defend his title on Tuesday in Osaka against Thanongsak Simsri, but the result of his last test before the fight was positive and led to the cancellation of the bout.

The Japanese champion and his Thai challenger had already completed the weigh-in ceremony and both had scored 107.5 pounds, which cleared them for the fight. However, in the subsequent medical tests, the bad news became known.

The pioneer organization regrets the situation and sends its best wishes for the champion’s recovery. Kyoguchi has defended his belt twice and is one of the most relevant boxers in the division.

Despite the fact that the Japanese boxer had not presented any symptoms until now, he will have to comply with the necessary safety measures and protocols for a satisfactory recovery.

The WBA wants to see him soon at one hundred percent and defending his belt as the great champion he is.

The WBA mourns the passing of Pepe Graglia 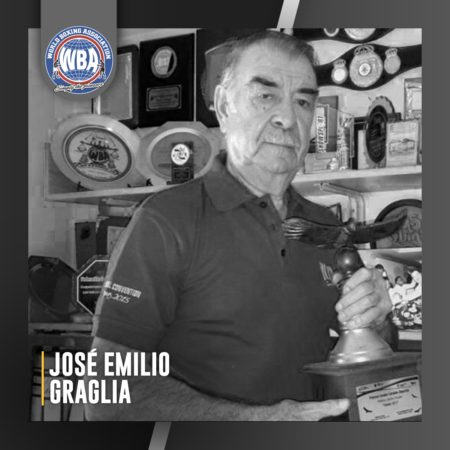