The 98th World Boxing Association (WBA) Convention will raise its curtain next Tuesday from Fuzhou, Jiangxi, in China. Led by the president of the organization, Gilberto Jesus Mendoza, the board of directors will make an appearance in eastern lands for a very special event.

China has been a great ally for the WBA and this will be revealed once again during six intense working days in the wonderful city north of Nanchang.

The current boxing landscape faces several very important challenges and all will be attended to by the senior staff in search of solutions that contribute to the improvement of the activity worldwide.

Different forums will address different topics presented by specialists linked to the oldest sanctioning body in the world of boxing. On Thursday, November 7th, the WBA Board Meeting will be held and headed by Mendoza in the morning hours.

Subsequently, an interview will be conducted by the renowned Argentine journalist, Carlos Irusta, of the president of the WBA. In the afternoon, Carlos Chavez will be in charge of holding the Boxer’s Safety and Welfare Forum. The day will end with a welcome dinner.

On Friday, the Opening Ceremony will be held in the morning, while in the afternoon will be the Classification Forum – directed by Julio Thyme and with the participation of George Martinez, Oliver Gomez, and Gustavo Padilla. Later that evening will be the Forum of Regional Organizations, also in charge of Thyme and with the support of Martinez, Chavez, and Aurelio Fiengo.

Friday will also feature the Information Technology Forum presented by Julio Quintero and Gilberto Echeverria, as well as the Legal and Pro/Am Forum moderated by Chavez.

Saturday will be mainly dedicated to the judges and referees, who will have several hours of intense seminars. Finally, on Sunday there will be boxing in Fuzhou composed of a fight card filled with young Chinese talent and some good foreign fighters on the rise.

Finally, on Monday the entire board and the rest of the convention participants will be removed, which will mean the official closing of the WBA Convention. 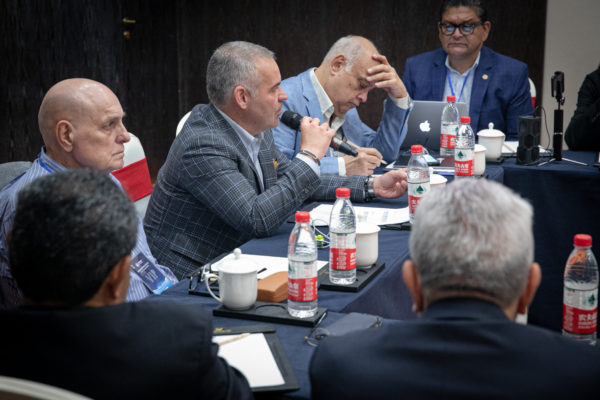