The first meeting between the Directorate Members who attended the WBA World Convention in Fuzhou, China, was held this Thursday on the morning shift. With President Gilberto Jesús Mendoza at the head, the directors talked about the important topics that will be discussed at the event and future plans to make the organization and boxing better each day.

Mendoza welcomed those present and spoke about the challenges and objectives of the WBA in the short and medium-term, along with the change in the format of the convention to make it closer, more enjoyable and for all members to work as a family. He highlighted the necessary development of the regions and reiterated his support to the participation of professional boxers in the Olympic Games, assuring that he intends for the WBA to participate and support it.

The president of the Championships Committee, Carlos Chavez, focused on the regions and the reports from each of their directors. Also, he requested medium and long-term projects for the next convention to all directors, which motivated the debate in search of the best solution.

The rest of the activities, which include meetings between doctors, forums between officials and very important interviews with Mendoza, will take place in the upcoming working days, which will run until next Sunday. 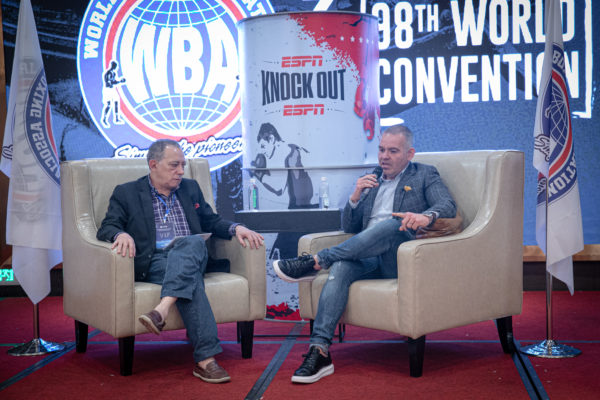