Boxing was the instrument with which the Nicaraguan Rosendo Alvarez managed to overcome the odds and become the idol of crowds still to this day.  But “The Buffalo” knows that he must serve as a channel to help the most needy and as a result he has acted towards that throughout his career.

Throughout his career in the rankings, and now after his retirement, Alvarez has focused on helping people in his country, especially children. This week the Nicaraguan press reported the case of the young AB Alberto Rodriguez Cabrera, who suffers from Leukemia and, moreover, was born without the sense of vision.

AB resides in the Gertrudis Arias neighborhood and lives with a very humble family but has done everything to maintain his fighting spirit.  The Buffalo is helping this family in dealing with the boy and additionally that of his brother Brandon, who is also blind.

“They are true champions for me, because in the midst of their limitations they do not give up and fight daily against great odds,” the former WBA champion told the local press, after donating five ampules of Filgrastin to the family at the Manolo Morales Hospital.

“For me it is a satisfaction to be on par with this humble family. If I have the opportunity to help them, I know that I will not have spent that time in vain for this world. I have always loved the feeling of helping people,” Alvarez continued.

Among all the cases in which Rosendo has collaborated, it is especially memorable that of the boy Erling Cubas, who fulfilled his dream of meeting the champion and in whose favor, Alvarez started a campaign. The former pugilist contributed a lot to the boy in his last days of life.

The WBA is proud to have Rosendo Alvarez as one of the most respectable fighters who have swelled its list of champions. The organization knows that it has on board The Buffalo for all charitable activities and, likewise, sends a message to the champion that the collaboration is mutual.

WBA July Rankings and Boxer of the Month 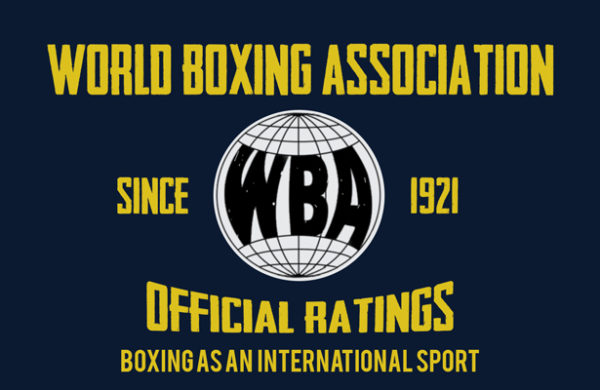