Jose Corpas begins his biography of Panama Al Brown, titled Black Ink, with a touch of the poet. That’s how it should be. Al Brown, boxing’s first Latino champion, looked like poetry. He was a long, lean bantamweight who moved gracefully and punched forcefully. And like the best poems, there was weighty subtext under Brown’s fine lines—lines born from a hardscrabble upbringing in the canal-hard streets of Colon as a boy, then solidified in the concrete-hard streets of Harlem as a young man.

In Black Ink’s early chapters, Corpas creates context with more than facts; he paints pictures of late-nineteenth century Panama, from the deadly working conditions involved in building its famous canal to its swarms of disease-ridden mosquitoes to the Manzanilla trees with their tiny fruits that, if touched, could send a heavyweight into convulsions. Corpas’ eye for detail and description is most skillfully apparent in his portrait of all things boxing. On the gym where Brown trained as a boy, Corpas writes, “Pounding the bags with a dingy pair of Maynard boxing gloves, he found solace in a gym filled with red flags. Coin-sized brown spots, once red, dotted the ring floor. The knockout seat where dazed boxers went to gather their senses was always occupied.” Colon’s gyms were the opposite of today’s white-collar, state-of-the-art franchises. Kids learned to fight hard, or they didn’t, quickly.  Al Brown did.

Like all great boxing stories, Al Brown’s story is about more than boxing. Yes, there’s the struggle, the perseverance, the hard work that’s at the core of every successful fighter’s life, traits that sweeten the sweet science and make its practitioners worthy of respect. But Al Brown’s story is closely connected to racist and homophobic hate.

Stowing away on a ship, peeling potatoes to insure he wasn’t thrown overboard, Al Brown came to Manhattan in search of his ring idol “Kid Norfolk,” the uncrowned Panamanian heavyweight champion who’d moved to New York to seek big boxing money. Brown’s arrival became a stint of rough days and homeless nights, but he finally found Norfolk as well as a gym he’d call home, Grupp’s Gymnasium and Athletic Club on West 116th Street. Once settled, Al Brown seemed poised for a meteoric rise in the bantamweight rankings. Physically, Brown was so dauntingly tall for a 118-pounder (114 in his first fight), manager Leo Flynn told him to take it easy during his first professional bout, afraid a quick knockout would make it impossible for Flynn to secure future fights. The young Panamanian listened, stayed on his leash, and fought to a draw. Then the leash was removed and knockouts ensued.

Corpas chronicles Brown’s victories, his broken hand, his nights out drinking and nightclubbing during the healing process, his return to the ring, his victories, and his looming fight with champion Pancho Villa. But when Brown’s trainer left the country, and his influential manager got sick, Al Brown suddenly found himself back on the streets, banned from his gym, with few prospects. New York’s boxing powers, pre-disposed not to like this Latin American fighter, no longer had to hold themselves in check. Not only was Brown a threat to their preferred contender, a bantam named Frankie Genaro, but rumors were rampant that Panama Al Brown was gay. Here Corpas goes beyond pugilistic biography and puts this fighter of yesteryear in social context:

“He (Al Brown) came from a place where alcohol and prostitution were legal but consensual affections between same-sex adults was a crime…Many in the science and medical professions were against it too. Parents brought their gay children to doctors who would drill a ¼-inch hole through their skull with a trephine or insert an ice pick through their eye sockets and perform a lobotomy because, science believed, something inside their brain needed fixing.”

The boxing powers-that-be didn’t drill holes, but they did punch holes in what should have been a meteoric rise to a title shot, and they did tell Brown to “tone it down,” subtext intended.

Al Brown kept fighting. Sometimes he carried opponents. Sometimes he was not in the best of shape, more interested in nightlife than a fighter’s Spartan life. Sometimes, when an opponent insulted him or he needed to win impressively, Brown would train in earnest and hurt his opponents in the ring. He traveled the world, fighting abroad, and was especially fond of Spain and France. In France, Brown thrived. And he was admired by sports fans and fashion fans and fans of the bonne vie. While Brown delivered PR lines about a girl waiting for him back home, he was allowed to be more himself in France, a nation free of America’s puritanical shackles.

After 73 fights and some confusion about official title bouts, Brown fought for the NBA (precursor to the WBA) title against crowd favorite Kid Francis, a fighter described as a “sawed off Hercules.” Brown proved more immortal, won by decision. Unfortunately, perceptions of Al Brown’s outside-the-ring character influenced his fate. He was stripped of the title, remained an unrecognized champion, and the homophobic press continued to denigrate him.

Corpas highlights how this disrespect, this ugliness, worked as motivation for Al Brown in the ring:

“It wasn’t just the money that drove Brown. The feeling that consumed him when the bell rang had no price tag. When the bell rang he was chief, king, the boss and everyone watching knew it. For someone who was often told he should be ashamed of who he was, that feeling of superiority was addictive. The respect and awe his ring dominance earned him spilled out into the cabarets and streets where Brown was often the richest, most famous, and toughest man in the room. As a result, he was the best dancer, best singer, and best looking man in the room too. When he couldn’t box, he was a poor, skinny, gay drunk. Walking away from boxing meant walking away from being special.”

Before he walked away, the blockades in front of Al Brown’s career were depressingly timeless—contract disputes, managerial disputes, infighting between different commissions, all compounded by press coverage that was racist and homophobic. Panama Brown’s skills, the beauty of his boxing, is blurred and practically painted over by everything that was and still is the ugly fight business. And Brown’s own recklessness, with money, with his training, with showing up to fights half-drunk, with opium use, didn’t help his cause.

This timelessness, seen through the lens of this particular boxing story that reached its apex in the 1920s and ‘30s and ended in 1942, a span of twenty fight years in which Al Brown compiled a career record of 129-19-13 (59 KOs and never KO’d), highlights a spectacular fighter in less-than-spectacular times. Corpas is very clear about his underlying thesis: Al Brown was a great fighter whose reputation was tarnished, whose life story remained untold for too long, whose legacy may always fall short of what it should be, because Al Brown was black and Al Brown was gay.

Have times changed? When there’s still controversy, when a fighter’s coming-out still makes headlines, not just in boxing news but in national news, it’s clear how far the puritan reach remains in the USA. And in a year when racism is so prevalent, we have to wonder if our country (like the rest of the world) is regressing. Al Brown was slurred and disrespected because of his race and because of his sexuality. Just as lineal champions are determined by the man beating the man who beat the original man, much of boxing’s current homophobia can be traced back to Al Brown, a man who had the guts to come out of the closet, at least a little, in a time when coming out had harsh, career-damaging consequences.

In a late chapter of his life, retired from boxing, smoking opium, Al Brown met and started a relationship with French writer Jean Cocteau, author of Les Enfants Terrible, who’d also used opium as a young man. Cocteau, not a fighter, not even a fan of boxing, recognized a young version of himself in Brown. Cocteau had beaten opium and knew what Brown needed to do to beat the drug and regain his self-worth—win back the title that Brown felt had been taken from him.

Brown redeemed himself, reclaimed his belt, but, sadly, Panama Al Brown’s story ended where too many fighters’ stories conclude—broke and broken from too many fights. Perhaps his tragic ending was inevitable, even literary. This fighter temporarily redeemed by a writer lived a tragic hero’s life, fighting with many boulders on his back, the world and fate conspiring against him. Racism, homophobia, an impoverished upbringing, alcohol and opium use, late-stage syphilis, a too-large entourage, a manager named Dave Lumiansky who makes Don King seem almost angelic—too much. Life weighed down Al Brown. But still, the boxer from Panama kept climbing that proverbial mountain, fighting an elite list of who’s-who bantam and featherweights, beating most. We can forgive Al Brown his excesses. When mere mortals are forced to carry Sisyphean rocks, temporary escape seems vital. As Corpas writes about Brown’s opium use, “and that drug—did for him what his vaunted straight right used to do—it bailed him out.”

Black Ink brings a time, many places, and a legitimately great fighter into sharp, detailed focus. Finally, Panama Al Brown gets his due, a due he didn’t get in life. Between the poetry of Jean Cocteau and Jose Corpas’ thorough biographical portrayal, Panama Al Brown lives. 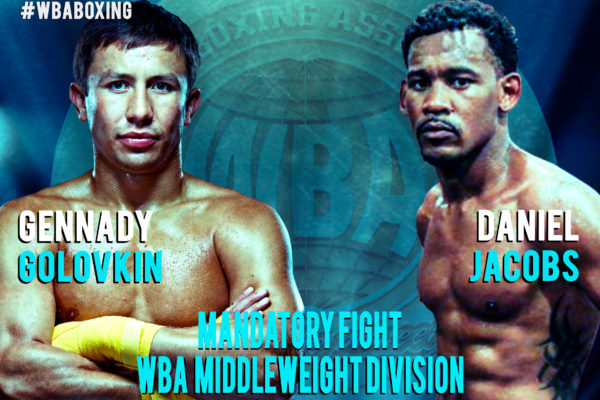