Erislandy Lara returns to the ring this Saturday to defend his WBA Super Welterweight crown against Greg Vendetti. The Cuban boxer will face the American at the Microsoft Theater in Los Angeles in an event organized by Premier Boxing Promotions.

Lara will make his first defense of the title he won on August 31st, 2019, when he defeated Ramón Álvarez by KO in Minnesota. He had previously made two complicated fights against Jarrett Hurd and Brian Castaño to get one defeat and one draw, respectively.

The Cuban boxer comes from a long period of inactivity but is motivated after winning the black and gold belt in his last fight. At 37 years of age, the southpaw fighter wants to stay on top of boxing and take advantage of the opportunity as the star of a big boxing show.

He will face Greg Vendetti, an experienced fighter who has fought for regional titles a couple of times and is going for the most important challenge of his career. The 30-year-old Massachusetts native has faced strong competition from Yosihiro Kamegai and WBA Gold Champion Michel Soro.

This week there will be several promotional activities and on Friday, at the weigh-in, both of them will have to weigh the 154 pounds of the category. 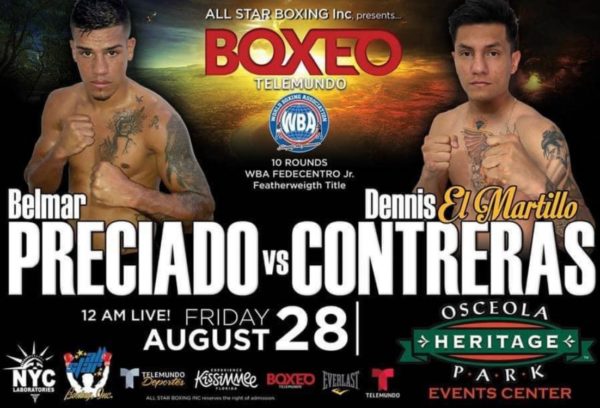