Jezreel Corrales will defend his Super Featherweight Super Championship of the World Boxing Association (WBA) against Alberto Machado in Verona, New York. The Panamanian will have a great opportunity to appear before the American public against the tough Puerto Rican, who aims to snatch the 130-pound crown.

The San Miguelito native is very motivated for the third defense of his belt, which he won last year against the excellent Japanese fighter Takashi Uchiyama. He had his first title defense against Uchiyama in a rematch that he won in emphatic fashion.  He then went on to win his second title defense against Robinson Castellanos this July.

Corrales will now be taken to test by an unbeaten and hungry rival in Machado. The Puerto Rican has a good knockout percentage and has the advantage of height and reach over the champion.  The fight looks like a nice clash of styles and figures to be fairly even.

Corrales and Machado are already in New York, ready to start all the activities of fight week. The champion Corrales has a record of 22 wins, 1 loss and 8 knockouts. The challenger Machado has a record of 18 wins, no losses and 15 knockouts.

N’Dam defending in rematch against Murata in Tokyo 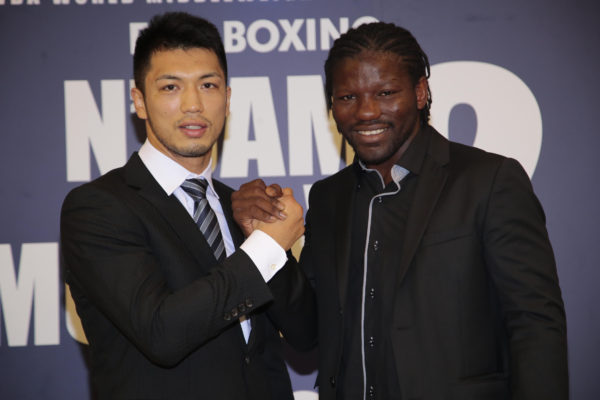