The World Boxing Association (WBA) released its September Rankings, as well as the monthly awards in which Jermell Charlo won the Boxer of the Month and Yordenis Ugás won the Honorable Mention.

Charlo defeated Jeison Rosario with a knockout to the middle zone last Saturday in Uncasville, Connecticut, to win the WBA Super Welterweight Super Championship, in addition to the IBF and WBC world titles, to profile himself as one of the best fighters in the world in the 154 pounds division.

The American boxer had a strong challenge against the Dominican and came from being behind in the fight to knock down the Caribbean boxer three times and win a convincing victory that is worth the award.

For his part, Ugás won the vacant Welterweight championship after defeating Abel Ramos by split decision on September 6th in Los Angeles, California. The Cuban boxer made history to become his country’s first 147-pound World Champion in almost 40 years and now wants to face all the major opponents in the division.

The WBA had five championship fights in total during the month, four of them held in the United States and one in Russia.

The rankings of the pioneer organization are now published and can be checked in the corresponding section of its official website. 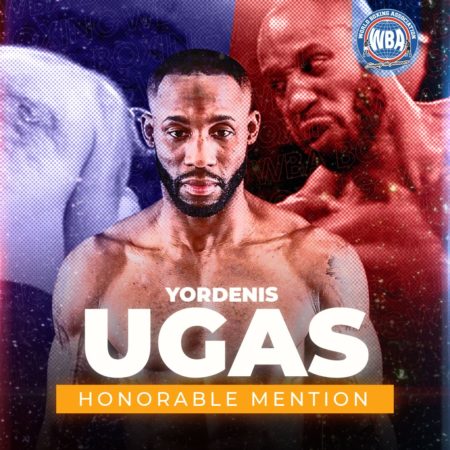