He remained eleventh in the world ranking of the World Boxing Association until the opportunity arose and he took advantage of it: In February this year, Daniel Matellon became the first Cuban 108-pound Light Flyweight World Champion when he won the Interim title against Erik López. He was waiting for his first defense scheduled for May in Japan, which was postponed due to the world health situation.

A boxer of few words, very reserved, with a strong dedication and commitment to training. He first started in the sport at the age of five in Havana at the hand of his father who had been a boxer like his uncle. Inspired by Oscar de La Hoya as a reference in the discipline, Matellon achieved a fruitful amateur career with more than 200 fights, during which he was able to stand out in national and international championships, such as the AIBA World Youth Championship (England 2005); and when he grew up, in 2007, he became part of the Cuban National Team (he went to Milan 2009).

When not competing, he enjoys food and playstation games, but he never leaves the gym. He still remembers with great enthusiasm having shared training sessions with giant figures such as Barthelemy, Gamboa, Rigondeaux and Odlanier Solis as a child, whom he particularly tried to emulate until he shaped his own technical style over time. He left Cuba four years ago after making the decision to grow in his career and accept a proposal that gave him the possibility of being welcomed by Panama, where he currently resides.

Coach Julio Archibold defines him as a very quiet boy but with a strong character. Archibold studied at the Emanuel Fajardo University of Science and Physical Culture in Cuba and visited frequently El Trejo gym, where he met Daniel Matellon and they began to talk until he decided to take him to Panama with him.

With the clear objective of being able to face the best boxers at 108 pounds, Matellon spends his days with coach Archibold who, together with other pupils like Juan Huertas, has worked on the construction of a gym at the back of the house in order to facilitate future training when social isolation is over. 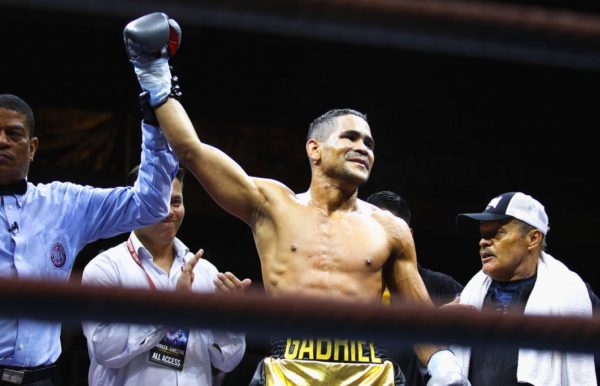