Preparation for the Tokyo Olympics is latent and is part of the motivation of millions of athletes during hard times like the pandemic. The World Boxing Association has been following all the fighters who have qualified to be on the road to get there. The commitment is to keep on supporting them as it was done in February this year with the Future WBA Champions Camp.

A few days ago, Mary Kom, the pioneer boxer in India, made public her great enthusiasm to reach the great event of world sport in which every athlete longs to be. Kom earned her direct pass to Tokyo at the Asian qualifiers in Amman, Jordan, in early 2020. She became an eight-time amateur world champion and won the first Olympic medal -bronze- in the 51kg in London 2012 when she first joined the women’s boxing competition. At that time, only three categories were official, which was repeated in Rio 2016. Now Tokyo opens the possibility of deepening gender equality and competitive quality with the addition of two new categories: 51 kg – 57 kg – 60 kg – 69 kg and 75 kg.

Mary Kom, 37, is reportedly planning to hang up her gloves after winning the coveted Olympic gold medal. The physical conditions she showed in the last Women’s World Boxing Championships in 2019, Ulan Ude, Russia, indicate that age did not make any conditional changes in this great athlete. She has even been nominated among the ten Olympic referents included by the International Olympic Committee in the Olympic Boxing Task Force to support young people in their careers, along with Jianguan Hu (China); Lukmon Lawal (Nigeria); Julio César La Cruz Peraza (Cuba); Vasyl Lomachenko (Ukraine); Khadija Mardi (Morocco); Mikaela Mayer (USA); David Nyika (New Zealand); Sarah Oorahmoune (France) and Shelley Watts (Australia).

This woman who is now a mother, an athlete and a strong fighter for equality in sports, has had to break down many walls along the way both socially and with her father. Kom gained approval from perseverance, determination and an immense love for boxing. She emphasizes that family support is very important for young people. Over the years, she says it is important to rely on the work done over time and to not be pressured by results, as pressure can be harmful: keeping focus on the goal, passion, discipline, dedication, hard work and confidence are the most valued qualities of a boxer, in Mary Kom’s words.

Lara will defend his WBA belt this Saturday against Vendetti 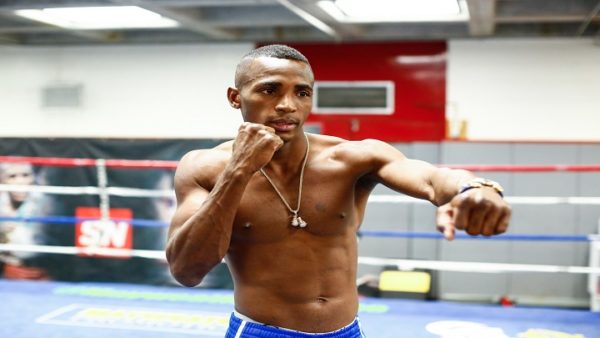