Henry Armstrong stands on a very distinguished place in the already bicentennial boxing pages, thanks to his relevant execution on the ring. A fourteen-year trajectory that contributed in uncommon ways to make the “Noble art of Self Defense” one of the sports activities of mass attraction. He has been one of the most exceptional fighters to ever fight for money.

So much so, that in 1942 he was ranked No. 2, below no other than “Sugar” Ray Robinson on the highest peak of the discipline, in the survey of the last 80 years of boxing. The ranking of the best of all time was made by The Ring Magazine, by the renowned American journalist Bert Sugar.

Armstrong is also the only fighter in history to hold the championship title in three categories simultaneously, feather, light and welter weight in the years 37 and 38 of the past century. He had 19 successful defenses in this last division, a record still current.

The first of the 3 crowns was conquered against Petey Sarron, who was featherweight champion, on the 17th of September 1937, a title he never exposed since he left the category when he gained weight. That year he fought the incredible figure of 27 combats and won all of them by KO, except for one: Aldo Spoldi, who endured stoically for the 10 programmed rounds.

In his 25 defenses, he was defeated only three times: on the rematch he gave Lou Ambers in August of ´39, by points, in which he recovered the lightweight Crown he had lost in 15, also in August of the previous year, both fights at the Garden. Fritzie Zivic was the other one who beat him, once by decision in October 1940 to take his welterweight belt and then another one in January of the following year, this time by KO12, both in New York. On October 26, 1942, Armstrong took revenge on Zivic by decision in a non-title fight in San Francisco.

Discouraging beginnings… And then his class erupted

The young Armstrong debut on July 27, 1931 made it impossible to predict that he would reach the highest honors in the profession he chose to escape the poverty of his childhood and teenage years in Saint Louis, in a family where he was the 11th out of 15 siblings.

In fact, his debut could not have been any worse, he fell to the canvas at 2:37mins of the third round against a man named Al Iovino, in Pennsylvania.

That ominous day he climbed to the ring as Melody Jackson, his real name, which he later changed to the one he used and made famous through years of giving and receiving blows. He left an impressive balance of 151 triumphs (101 by KO.), 21 defeats (2 by KO) and 10 draws.

Dubbed “Homicide Hank” and “Hurricane Henry”, Henry Melody Jackson Jr., that is Henry Armstrong (born in Columbus, Mississippi, December 12, 1912-Los Angeles, California, died in October 23, 1988), was known for his fight rhythm, always aggressive, he threw punches without pause, like a whirlwind who had a granitic stamina, pure concrete. His quality erupted in bursts after his fourth fight (he won the second and lost the next two against Eddie Trujillo and Al Greenfiel.

From then on, he knitted a string of 12 consecutive wins and then another of 11 victories after one loss by decision against Tony Chávez. Then a third chain of 46 consecutive wins, 38 before the limit, between 1937-39.

Of his 182 combats some consider as highlights the ones he fought against renowned enemies, such as Barney Ross, Fritzie Zivic, Lou Ambers, Ceferino García (he sought the middleweight belt before the Filipino, a fight he tied, although the majority saw him win. It would have been his fourth reign in four divisions) Mexicans Alberto (Baby) Arizmendi (he beat him 5 out of 5), Juan Zuritaand y Roberto “Chango” Casanova. And, of course, Robinson, who beat him by points at the Madison in an electrifying battle of 10 rounds, in August 27 of ‘43.

Overwhelmed by the long and demanding road traveled, after getting over a severe bout with alcoholism and becoming a Baptist pastor, he hung the gloves in February of 1945 after falling by decision against an obscure rival named Chester Slider.

He worked as a referee for a while. He then kept a low profile, affected by his failing vision and senile dementia. He also turned to teaching the young boys of his neighborhood. He died of heart failure in Los Angeles, California.

He has a niche in the Boxing Hall of Fame of Canastota since 1990 and his name is the Saint Louis, Missouri Walk of Fame. It is absolutely irrefutable that few such as “Homicide Hank”, have given so much shine to boxing as he did. 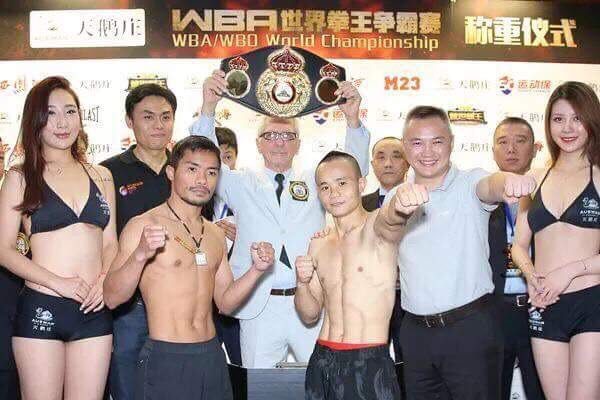