Arsen Goulamirian had an impeccable performance in Marseille, France, and achieved a technical knockout in the 11th round against Ryad Merhy to become the World Boxing Association (WBA) Cruiserweight Champion.

The French born in Armenia gave Merhy no respite and began to pressure him from the first minute to prevent his opponent from making combinations of punches.

Goulamirian took the risk to exchange blows in front of a powerful boxer. That risk paid off as he took the best part and wasted Merhy until he could finish him off.

A combination of many consecutive unanswered blows to Merhy forced the referee to stop the fight, which made Goulamirian the new champion.

Zeuge knocked out Ekpo to retain his WBA title 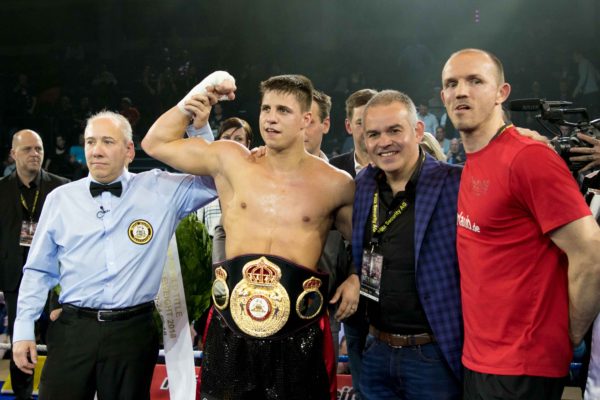