Katie Taylor and Delfine Persoon will be the big stars this weekend in world boxing. In 2019, they made the fight of the year in an action-packed and exchange-driven bout, so the re-edition of their fight for the World Boxing Association (WBA) and Undisputed Lightweight title creates unparalleled expectations for this Saturday.

The fight will be included in Matchroom‘s Fight Camp, in Brentwood, England, and will bring together the two best 135-pound female boxers in the world once again. In the first match, Taylor had to push herself to the limit to get a majority decision and retain her crowns.

The Irish boxer will make a new defense after she went up to the Super Lightweight division. In her return to 135 pounds she will meet with Persoon again, who has also fought once against Helen Joseph since her last fight with Taylor, as well as participating in the UK Olympic qualifying tournament round.

The different promotional activities will be held this week, including talks online with the press, and on Friday they will step on the scale to be ready for the fight.

Taylor and Persoon met face to face at a press conference 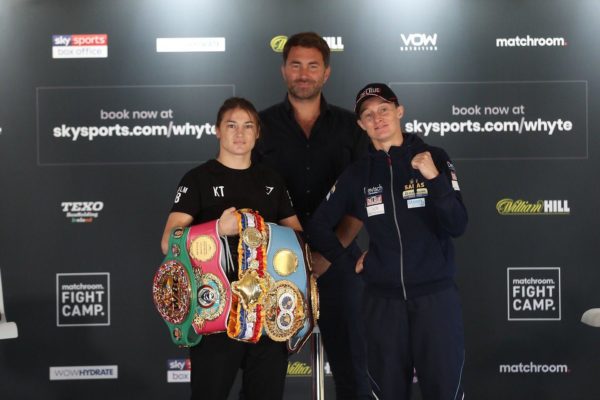