Katie Taylor and Delfine Persoon went face to face at the final press conference before their Saturday fight for the WBA and unified Lightweight title at the Matchroom Fight Camp in Brentwood, UK.

In an online event, the Irish champion and the Belgian challenger talked about their expectations for their second fight, after the 2019 fight at the Madison Square Garden before 20,000 people in the arena.

Persoon talked about how close the first fight was and what it would mean for her to win and take revenge against the champion.

“A victory against Katie Taylor this Saturday night would be my chance to prove that I am also a top-level fighter. We had a war in the first fight and many people think I won, but it’s time to prove I deserve the titles”, Persoon said.

About the fight plan, she hinted that she will be offensive and aggressive against the champion, while warning that she is preparing for a tough fight: “I can box on the back foot, but I like boxing on the front foot”.

Taylor also knows the importance of the fight for her and her aspirations to prove that she is the best in the world.

“I’m very excited and I said it before. This is a fight that will build a legacy for both me and Delfine”, said the London 2012 Olympic medalist.

The Irish boxer, who said that her intention in this fight is to make it clear that she is the best in the ring, also gave a couple of hints about her plan: “I have to be disciplined, I have to box smart”.

The last step before the fight will take place tomorrow, Friday, and is the most important among the previous steps. Both boxers must step on the scale to weigh the 135 pounds required by the division and only then they will be ready for the fight.

Friday in Kissimmee: Juarez-Aragon to fight for the WBA-Fedecentro title, and Omar Rosario's debut 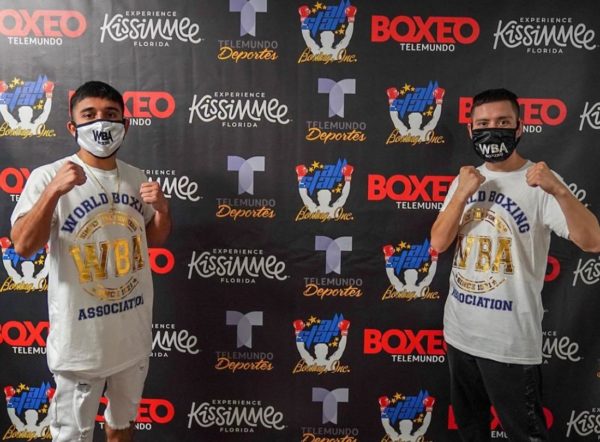