Dennis Contreras retained his World Boxing Association (WBA) Fedecentro Featherweight title this Friday night with a six-round KO to Carlos Efrain Flores during the All Star Boxing event at the Osceola Heritage Park in Kissimmee, Florida.

In a great clash between Mexicans, the regional champion of the pioneer organization used all his experience to demolish a much younger opponent who had been undefeated in his career until now.

“El Martillo” (The Hammer) dominated with the power of his right hand from the first moment and forced “Stich” Flores to retreat, who made a brave fight but was overcome by the power of Contreras.

With a considerable accumulation of punishment, Flores received a resounding right hand from the champion in the sixth round and fell to the canvas without any possibility of getting up, and the referee gave him the 10-count to decree the triumph of the Guadalajara native.

Buatsi retained his WBA-International belt with a KO to Calic 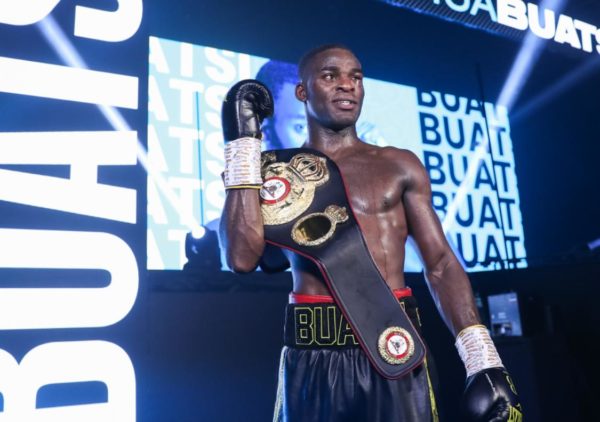