Joshua Buatsi gave another display of his power at the Marshall Arena in Buckinghamshire, England, and got a seventh-round KO victory over Marko Calic to retain his World Boxing Association (WBA) International Light Heavyweight title this Sunday.

The Briton of Ghannese descent was forced to take a stand to win. It was in the seventh round that he was able to put Calic in real trouble and, due to the beating he was taking, the challenger’s corner decided to stop the fight.

Buatsi is one of the most important up-and-coming fighters in the division and he defeated a very complicated opponent like the Croatian boxer, who fought toe-to-toe with the champion. Although Buatsi was aggressive at all times, he faced a fighter who worked well on the counterattack and gave him good punches in the initial rounds.

The 27-year-old fighter had to deal with severe inflammation in his left eye but was able to overcome it and demolish Calic to claim a valuable victory that brings him closer to a title shot.

The WBA International champion defended his title for the fifth time and remained undefeated in 13 fights, with 11 KOs. Calic now has a record of 11 wins, 1 loss and 6 KOs.

Taylor-Gutierrez will meet on November 14 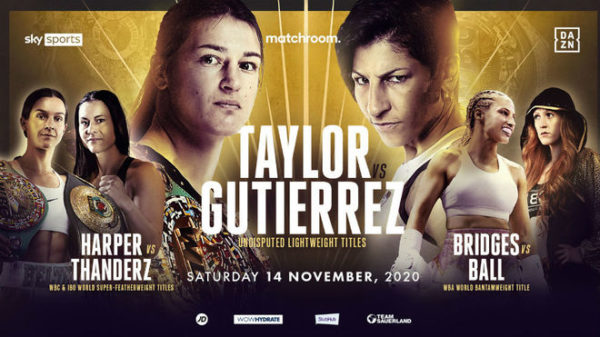