Former WBA World super middleweight champion Carl “The Cobra” Froch (33-2, 24 KOs), from Nottingham, Nottinghamshire, United Kingdom, currently ranked #2 by the WBA, has decided, after a year of inactivity and much thought, to call it a day.

The 38-year-old Cobra has been flirting with retirement since his second fight with George Groves. Needing a challenge to motivate himself, Froch expressed interest in fighting Gennady Golovkin, but that interest was apparently not reciprocated.

There’s no telling if Froch’s retirement will last. With the exception of Gene Tunney, Rocky Marciano, Lennox Lewis, and Joe Calzaghe, most retirements are temporary, as there’s a void that needs to be filled and can only be filled by resuming fighting.

Speaking toBBC Radio 5 live about his decision to hang up the gloves, Froch was as thoughtful and articulate as ever. Eternally cool, calm and collected, he is retiring with the same dignity and grace he brought into the ring.

“My legacy speaks for itself,” he said. “I’m incredibly proud of what I have achieved in boxing but now is the right moment to hang up my gloves. I don’t want to get in the ring ill prepared like I did in the first George Groves fight because we’ve seen what can happen. It can be a quite dangerous sport, boxing, and I was put down in the first round and was hurt quite badly, until I fought back into it and got the stoppage. And obviously that was the perfect foil for the Wembley rematch, so it was a good job it all happened.

“But as I’m sitting here at home, probably about to wake my daughter up, and my son’s already up and about, I’m just enjoying family life and I’m in a really, really good position, mentally and physically, and I think it’s the best way to go out on my own terms at the top.”

“I think Bernard Hopkins, it’s the lifestyle,” said Froch. “He’s from Philadelphia. He’s in the gym every day. He lives and breathes the sport. Me, I’m more, of late, I’m more of a family man. I mentioned that I’ve got my children. Rocco is five years old. My daughter Natalia is two. In the second week of September, my partner Rachel is due with our third child. My lifestyle, my life, has changed so much since I first turned professional and I don’t think I can be the man that I need to be, the fighting machine I need to be to succeed at the top level. I’m four times world champion.I’ve got nothing left to prove. So it’s great to be able to retire on my own terms, totally satisfied with my career.”

But after devoting so many years to his career, won’t Carl Froch miss the irresistible urge to engage in combat?

Froch was asked, and not unreasonably, how he’d like to be remembered.

“I’d like to be remembered as somebody who ducked nobody, who took on all comers. I’m not the one who stays at home and fights handpicked fighters. I traveled. I’ll go on the road. I’ve fought on numerous occasions in America, all over Europe, and never ever shirked a challenge. I’ll never back down.

“The word warrior is bandied around far too much in the boxing world, but I’d like to be remembered as a warrior who would fight anybody and give the fans and paying public what they wanted. There’s no better feeling than standing victorious in the arena, and it’s going to be difficult to get that fix. I’ll probably never get that high again, that natural high, but every man has to move on, every great thing comes to an end, unfortunately—and it is unfortunate—but it’s life.” 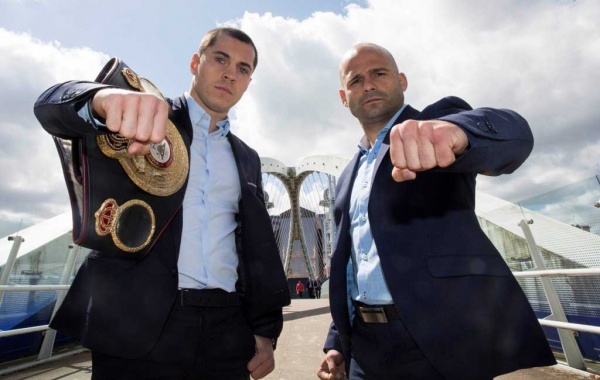