The Irish boxer has the four most important titles in the world: WBA, WBC, IBF, WBO. The black and gold belt was the first one she won in her career and she has defended it eight times so far.

This will be the ninth defense for Taylor, who comes from a tough fight against Delfine Persoon last August 22nd at the Matchroom Fight Camp. The 34-year-old London 2012 gold medalist is the queen of the division and will now face the Spaniard boxer, who is looking forward to it.

Gutierrez made an appearance on the world stage when she won the WBA Interim title. The Madrid native beat Venezuela’s Keren Batiz last November to win the belt and the right to challenge Taylor in this fight.

Both Taylor and Gutiérrez are undefeated. In Katie’s case, she has 16 wins and 6 KOs, while Miriam has 13 wins and 5 KOs.

Sanchez and Lozano will fight for WBA-Fedecentro title on Friday 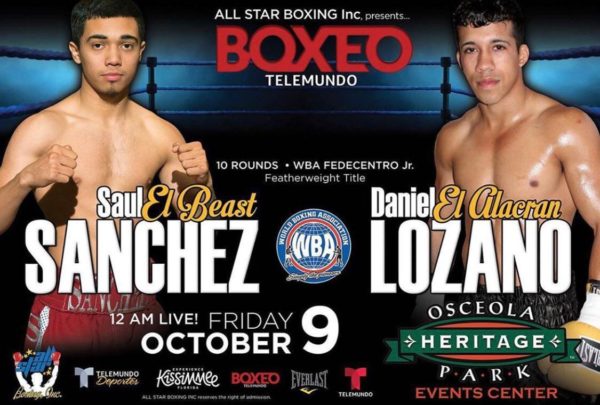