On September 27, 1950, at Yankee Stadium in Bronx, New York, former World Heavyweight Champion Joe Louis (66-3, 55 KOs), “The Brown Bomber” from Detroit, Michigan, by way of LaFayette, Alabama, the man who reigned as champion longer than any boxer in modern history, came out of retirement to fight National Boxing Association (forerunner to the WBA) heavyweight champion Ezzard Charles (95-25-1, 52 KOs), “The Cincinnati Cobra” from Cincinnati, Ohio, by way of Lawrenceville, Georgia.

Louis won the NYSAC and NBA heavyweight titles on September 22, 1937, at Comiskey Park in Chicago, Illinois, when he knocked out Jim Braddock, the celebrated “Cinderella Man” from North Bergen, New Jersey, in the eighth round of a scheduled 15.

During years between that victory and the fight with Charles, Louis had reeled off 25 defenses of the title.

After defeating Jersey Joe Walcott a second time, at Yankee Stadium on June 25, 1948, confirming that he had slid, Louis announced his retirement on March 1, 1949.

Charles won the vacant NBA World heavyweight title by outpointing Walcott in June of that year and defended the belt three times.

But Joe Louis could not stay away. He was in debt to the IRS. He was fighting exhibitions. He was pounding guys like Pat Valentino and Elmer “Violent” Ray into retirement.

“Joe is certainly going through all the motions of a man who is going to stage a comeback,” said Charles. “I think he will.”

Ezzard Charles idolized Joe Louis from the time he was a boy. When asked about fighting his hero, he said, “I don’t know about Louis. I’d have to be in better shape for the champ than I was for this thing. Then, too, you know how I feel about Louis. I’d rather not meet him. Cause after all…well, he’s the champ, that’s all.”

The return of Joe Louis was front page news. An impeccable fighter, he had lost once in his 59-fight career, kayoed by Max Schmeling on June 19, 1936 (avenged two years later with a first-round knockout), and Charles didn’t pose that kind of threat. Ezzard Charles was as underestimated then as he is underappreciated today and was given little chance of defeating “The Brown Bomber.”

Former heavyweight champion Gene Tunney said, “If Jack Dempsey is not the greatest fighter who ever lived, then Joe Louis is. There is no reason to think, because Louis is 36, that he has not retained the skill and power that he had when he retired.”

“Ezzard Charles is the most underrated fighter I know,” he told the New York Times. “Charles is in superb fighting condition. I refuse to go out on a limb in predicting what the outcome of his fight with Louis will be but I’ll say this much, Ezzard looks very good to me.”

It went to the scorecards after 15 rounds. It wasn’t even close. Judges Frank Forbes and Joe Agnello had it 13-2 and 12-3, respectively, while the referee Mark Conn had it 10-5.

Ezzard Charles had done the impossible.

He had defeated Joe Louis. 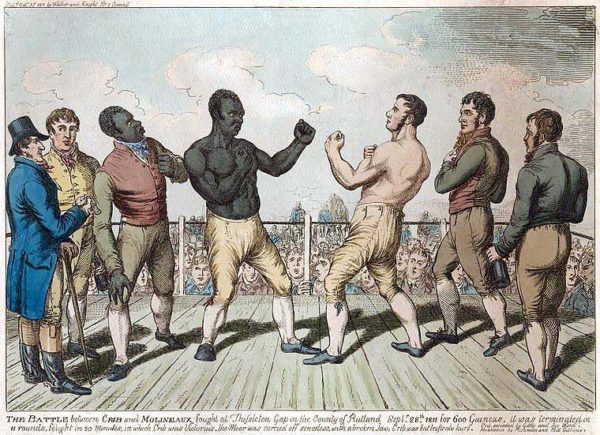