On December 18, 1810, at Copthorne Gap, near Surrey, Tom Molineaux, the first fighter from the United States to fight for a world title, fought Tom Cribb, England’s “Champion of Champions” in the first of their two fights.

Tom Cribb was born on July 8, 1771, the son of a Bristol coal worker. Standing 5-foot-10-inches and weighing 200 pounds, Cribb’s first fight was on January 7, 1805, at Wood Green in Middlesex (now part of North London). Another victory came a month later, at which time Cribb decided to turn pro. In 1807, he upset Jem Belcher, England’s bare knuckle champion, over 41 rounds and Cribb was awarded the British title.

Tom Molineaux was born into slavery in Virginia in 1784. He fought his way to freedom and made his way to New York City around 1804. He sailed to England in 1809 “in quest of glory and renown.”

When he arrived in London, “unknown, unnoticed, unprotected, and uninformed,” according to Pierce Egan, the muscular 5-foot-8-inch, 200-pound Molineaux was befriended by a former slave turned fighter named Bill Richmond. Richmond was the first black man to gain international recognition as a boxer. Twenty years older and considerably wiser than Molineaux, Richmond saw something of himself in the young man and became Tom’s trainer, manager and promoter.

Under Richmond’s tutelage, Molineaux had his first fight on British soil on 1810. As reported in Sporting Magazine:

“On Tuesday, 24 July, a bull was baited in Tot-hill Field, and as usual on such occasions, the amusements concluded with a boxing match…The combatants were a Bristol man, one of the old nursery, and a strong, athletic American black by the name of Molineaux…who had lately arrived in this country.”

Calling himself “the champion of America,” Molineaux made a name for himself in England with his fists. He defeated Bristol’s Jack Burrows in 65 minutes. According to The Fancy; or a True Sportman’s Guide (1828), “The sable hero punished his opponent so severely that it was impossible to distinguish a single feature on his face.” Burrows was seconded that day by Tom Cribb, England’s bare knuckle champion, and the triumphant Molineaux challenged Cribb to a fight.

Molineaux fought a stay-busy fight against Tom Blake, aka Tom Tough, who was also seconded by Cribb. Tough failed to live up to his name that day and Molineaux beat him in eight rounds.  As Egan wrote, “Blake soon discovered that … his blows, however well directed, were not strong enough to knock his adversary down.” Again Molineaux called out Cribb. This time he accepted the challenge and a match “was made for 200 guineas, with a subscription price of 100 guineas for the winner.”

Molineaux fought a tune-up against Joe Rimmer from Lancashire, who he defeated in 15 rounds.

With four months to go before the big fight, Cribb worked with Captain Robert Barkley, the famous pedestrian who had walked 1,000 miles in 1,000 hours, to help him get in shape. Molineaux, by contrast, spent his time traveling, lecturing, and supporting himself by giving sparring sessions, while “entering without restraint into all the glorious confusion of larks and sprees as they presented themselves.”

The morning of the championship, Molineaux ate a boiled chicken, an apple pie, and drank a half-gallon of beer.

December 18 was a cold, rainy day, but the inclement weather which didn’t deter the 10,000 fans who trudged through the mud to Shenington Hollow in Oxfordshire. Molineaux drew first blood from Cribb’s mouth in the second. A punch to the ribs floored Molineaux in the third. Molineaux landed a punch to Cribb’s eye in round five and dropped the champion in the sixth. Molineaux dominated the fight for the first eight rounds. Cribb rallied to even the score as the men traded punches and throwdowns for the next 20 rounds. In the 28th round Cribb missed a punch and Molineaux countered, knocking Cribb down. One of Cribb’s cornermen, quick-thinking Joe Ward, got the attention of the umpire (referee) Sir Thomas Apreece, and accused Molineaux of holding pistol balls in his fists. An argument ensued. Ward bought enough time for Cribb to recover, and the action resumed.

In round 29 Cribb caught Molineaux with a shot to the eye that hurt and dropped him hard. In the 31st round Molineaux collided with a ring post. He continued to fight. Finally, after 44 rounds and 55 minutes, an exhausted Molineaux said, “Me can fight no more,” and collapsed unconscious to the ground. Tom Cribb had successfully defended his title. Then he promptly retired.

Egan wrote, eight years after the fight, “It will also not be forgotten, if justice holds the scales, that his colour alone prevented him from becoming the hero of that fight.”

Molineaux challenged Cribb to a rematch three days later. Cribb refused. The public clamored to see them fight again. Cribb agreed to come out of retirement to fight Molineaux a second time, on September 28, 1811.

Fifteen thousand fight fans attended the rematch at Thistleton Gap in the County of Rutland between Cribb and Molineaux. Molineaux started strong and closed the champion’s eye. Cribb landed several shots to Molineaux’s body. A low blow in the sixth slowed him down. With Molineaux’s mobility compromised, Cribb began headhunting. Cribb broke the American’s jaw in round nine and stopped the challenger in the 11th to retain his title after 19 minutes and 10 seconds.

Tom Cribb retired for good after the fight and was feted till the day he died (on May 11, 1848, at the ripe old age of 66). Molineaux continued to fight, and to gorge, imbibe and fornicate.

After doing a stint in debtor’s prison, Molineaux left England for Ireland where he fought exhibitions in exchange for drinks.

Looking like “a walking skeleton,” in the words of Pierce Egan, Molineaux died penniless in Dublin in 1818 at the age of 34. The cause of death was liver failure. 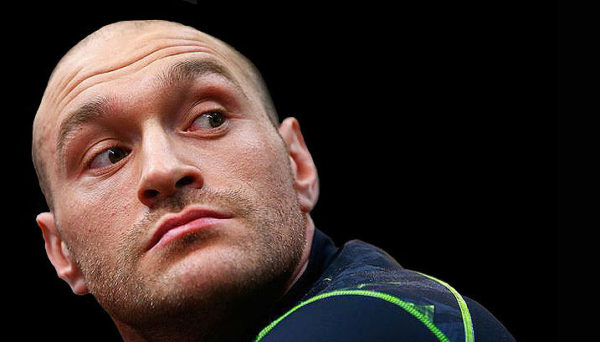