Sport provides opportunities, generates social communion and physical and psychological wellness, attributes that sustained over time form an early age support the conformation of individuals with a purpose and better quality of life. Under this vision, the long lasting program KO to DRUGS has been created, while still in its beginning, its creator Gilberto Mendoza, former World Boxing Association (WBA), set out to support one of the most hit regions of the world as Latin America is, in order to keep young people away from bad habits and they could find in boxing a possibility of access to a better future. In 1997, the first festival was held at the United Nations Park in Caracas, this February 7th the XXXVI edition will be held with an interesting boxing card.

As it is usual, there will be regional and world titles of the organization that promotes the festival, the venue will be the Roberto Durán Arena in Panamá, country that generates great support for boxing along the WBA to carry out this important social mission. Among the headlining fights there will be the dispute over the Interim Flyweight belt between Luis Concepcion (38-8-0) and Rober Barrera ( 28-2-0), in addition, Laura Ledezma ( 14-9-0) and Mayerlin Rivas (15-4-2) will seek to take over the vacant Superbantam belt. At 105 punds, Carlos Ortega (14-5-3) will face Leyman Benavides (16-6-1).

A boxing card that promises with the participation and support from star promotions, boxing personalities who have joined the cause and have come from different corners of the worls over the years. This is what Jorge Linares, Jorge “Locomotora” Castro, Brian Castaño, Demarcus  “Chop Chop” Corley, Edwin Valero, Mariano Carrera, Yésica “Titi” Bopp, Jean Marc Mormeck, Raul Balbi, as well as having he promotional support of Don King, Top Rank, Universum,Michel Acaries, among others.

One of the great and precious memories is the exhibition that Oscar de la Hoya made with current WBA President Gilberto Jesús Mendoza in the 2009 edition, as important support to the attractiveness that has increased year by year, generating more and more followers in order to achieve a contribution to institutions dedicated to fight against drugs, as well as charity canteens and hospitals that require financial support to continue leading the important commitment to the lives of many people. Another celebrity who had his exhibition of 3 rounds with Gilberto Jr was another multiple WBA champion Felix “Tito” Trinidad in 2008, with these elite athletes it was able to contribute to the fight against Cancer in Panama, as well as child problems situations were also treated in that country.

Another of the countries that has been an important scenario for KO TO DRUGS is Argentina, where in 2005 and 2006 , and thanks to the funds raised in the first year, it was possible to contribute with Garraham Hospital, located in Buenos Aires Argentina, which is an important center of attention to children in the country. On the second occasion the funds were transferred to another children’s hospital, this time in the city of Córdoba.

One of the great godfathers who has joined the support of these events was Marcos René “Chino” Maidana, former World Boxing Association welter champion. In addition, throughout the time many promoters have joined the organization in countries such as Nicaragua, Mexico, Venezuela, Dominican Republic and others in Latin America.

This February 7, in Panama you can enjoy a great variety and quality of matches, which can also be enjoyed in Latin America through the ESPN KnockOut screen. 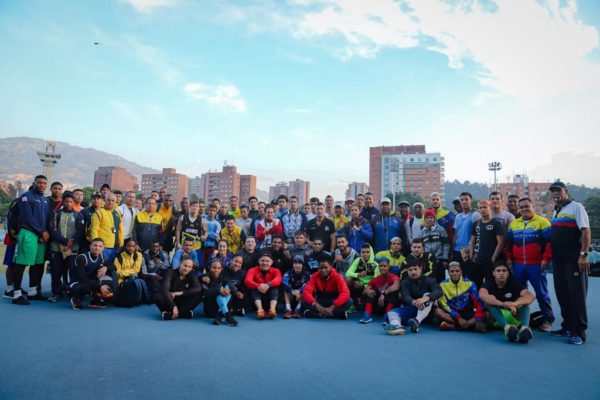