Now that Floyd Mayweather has hung up his gloves, if not forever at least for now, the finest pure boxer in the fight game today is possibly WBA Super World super bantamweight champion Guillermo Rigondeaux (15-0, 10 KOs), the elusive southpaw from Miami, Florida, by way of Santiago de Cuba, Cuba.

When Rigondeaux fled Cuba with Erislandy Lara, who is currently WBA World super welterweight champion, in 2007, he had an amateur record of 374-12, give or take a few fights.

Fighting professionally is something every Cuban fighter desires. The exception was Teófilo Stevenson who said, “What is a million dollars worth compared to the love of eight million Cubans?” But Stevenson was the exception that proved the rule.

Rigondeaux may not be that kind of exception. He is, nonetheless, exceptional in what he does. He is an immense talent, an ultra sophisticated boxer who, despite being WBA champion, has yet to receive his due.

That may be about to change.

Rigondeaux just released a statement to BoxingScene.com which reads:

I am officially a free agent. Not having the opportunity to fight this year has put a strain on my family and has disappointed boxing fans everywhere. I am free of any managerial contract as of September 15th, 2015. I’ve been waiting for the past nine months for a fight, but have not been able to receive any fight offers from my former manager (Gary Hyde). It has been a terrible relationship over the past nine years, and now I have completed my time, and am free to pursue better opportunities…

I will be contacting the managers of the best fighters in boxing such as Frank Espinoza, Cameron Dunkin, and Al Haymon to be able to see who can negotiate me the best deals moving forward in order to remain a dominant figure in the sport, and provide the best opportunity for my family and my career.

Rigondeaux may be too good for his own good, but as Freddie Roach has said, “He’s probably the greatest talent I’ve ever seen.” 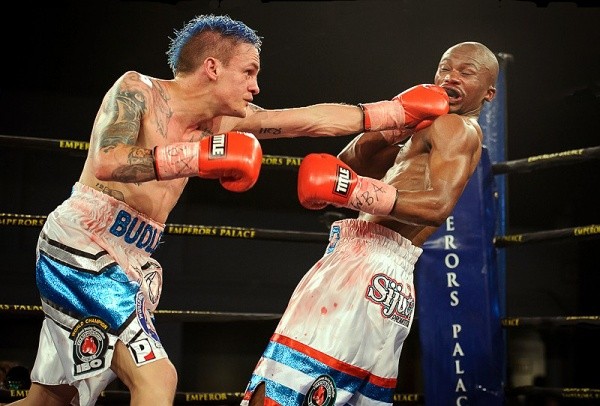