Round one was a feeling out round. Fighting off the back foot, Rigondeaux tactically sized up his opponent. Dickens was caught by a crisp hook at the bell.

The second round resembled the first. “El Chacal” clinically picked his shots, but Dickens did some landing as well.

Toward the end of the round Rigondeaux landed a looping left hook that caught Dickens on the jaw. He didn’t go down and made it to his corner, but “Jazza” could not continue.

Dickens heard a crack when the punch landed.

“Yeah, I knew straight away it was broken,” he said. “I felt the crack when he landed. I felt it hanging off but I thought that I could carry on. I thought if it was meant to be I could get him but I knew that if he connected again, it was just going to come right off.”

Rather than have his jaw “come right off,” Dickens and his cornermen decided to call it a day.

“We all made the call at the end of the round,” said Dickens. “It was sensible really. Paul and Mick said they had to pull me out, that I couldn’t go back out like that. I wanted to think I could get him but realistically it wasn’t worth it.”

DIckens and his cornermen did the right thing.

“The fight up until that point was exactly how we anticipated it,” Dickens added. “We were thinking it was going to be nip and tuck for the first half of the fight. It was going the way we expected and there was nothing out of place—other than my jaw.”

“I have never broke a bone in my body but unfortunately it’s happened tonight in this fight. But fair play to Rigondeaux, he’s a good opponent and he stopped me, he has done well.”

“I ripped his jaw out,” he said. “All those guys that want their jaws ripped out, I’m here!” 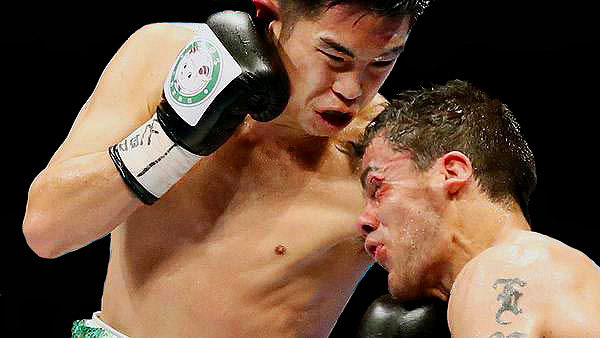