On Wednesday, July 20, Kazuto Ioka will defend his WBA World flyweight title against Keyvin Lara over a scheduled 12 rounds at Edion Arena in Osaka, Japan.

Fighting out of Osaka since 2009, 27-year-old Ioka (19-1, 11 KOs) won the title by beating Juan Carlos Reveco via majority decision last April. He successfully defended his belt five months later by beating Roberto Domingo Sosa via unanimous decision and three months after that by stopping Reveco via 11th-round TKO in a rematch. Never stopped, Ioka’s sole loss came in May 2014 when he tried for the IBF World flyweight title, losing to Amnat Ruenroeng by split decision. Despite the defeat, Ioka is a three-division champ. In addition to his flyweight title, he won the WBC World minimumweight title by stopping Oleydong Sithsamerchai via fifth-round TKO in February 2011, as well as the WBA World minimumweight title by beating Akira Yaegashi via unanimous decision in June 2012, and the vacant WBA World light flyweight title by stopping Jose Alfredo Rodriguez via sixth-round TKO six months later.

Twenty-one-year-old Lara, a Nicaraguan, is a three-year pro (18-1-1, 6 KOs) who’s won 18 in a row since drawing against Miguel Cruz in his second bout, in March 2013. His only loss came in his first fight, two months before, losing to Luis Ruiz by split decision. Sixth-ranked by the WBA, Lara has won several regional and minor titles. He last fought this February, stopping Alexander Taylor by fifth-round TKO.

His eye on a title-unification bout with Francisco “El Gallo” Estrada, Ioka first has to get past Lara.

“As I always have, I’ll go in to the match highly motivated,” says Ioka. “I can’t wait for the bout. I want to get the title defense out of my way and fight a big match.” But his father (and no doubt Ioka himself) recognizes that the Nicaraguan “is a worthy opponent.” 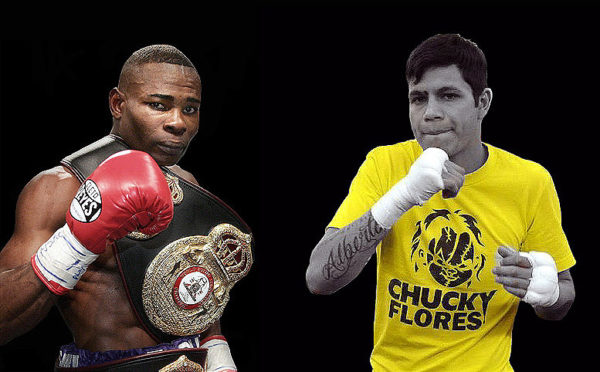