It will be an important part of the evening that will star Rocky Fielding and Saul “Canelo” Alvarez at Madison Square Garden in New York. The world champion of the World Boxing Association (WBA) in the female lightweight class will defend her belt against an undefeated fighter in the Finnish native Wahlstrom, who will hope to rise to the occasion in search of the prestigious title of the pioneer organization.

Taylor will seek to close the year with a flourish. Since winning the title, she has defended it four times, with three of the defenses during 2018. Now, she will look for the fifth defense of the belt and the fourth of the year, which will put her on the cusp of greatness in current women’s boxing.

Wahlstrom has been a champion in the super featherweight division but now she is looking for a more complicated challenge against Taylor. The Finn will fight in the United States for the first time in her career, which means a great opportunity for her but also for women’s boxing, which continues to gain space on television.

The brave but technical styles of both boxers predict an even and entertaining fight, which will be a good showing before the main fight. The activities prior to the combat will be carried out during the next days and the two will have to fulfill the press conference, the weigh in, and the public workout before combat on Saturday. 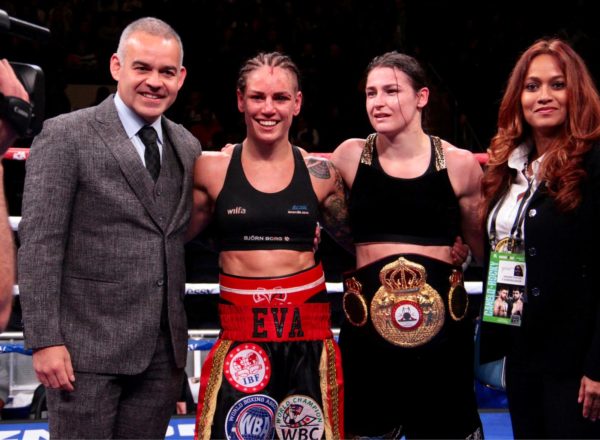