Katie Taylor and Amanda Serrano will face at Manchester Arena on May 2, the bout will be for the Lightweight World Boxing Association (WBA) Championship and the other 3 sanctioning bodies. It will be one of the most important and anticipated fights of the last few years in female boxing.
Taylor (33) and current WBA champion was gold medallist in London 2012 Olympic Games, who jumped into professionalism after Rio 2016, and in only 4 years has had a metioric uprise beating several of the best fighters to become into a world class boxer.

Serrano (31), arrives to this clash with the status of being one of the most respected female boxers out there, the Puerto Rican has won titles in seven divisions, and now looks to get all the 4 titles the Irish Taylor possesses in 135.

The fight arrives at the right moment, both fighters are in their prime, making it difficult to predict. We are possibly in front of the most important and even fights of female boxing recent history.

The styles of both fighters promise an action packed fight, which makes fans wait for it.

Taylor is undefeated in 15 bouts with 6 Knockouts, meanwhile Serrano has record of 36 wins, 1 loss, 1 draw, and 28 Knockouts

The WBA orders eliminator between Osawa and Garcia 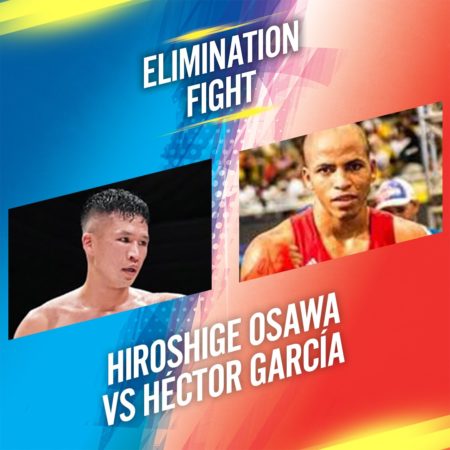