Today the Venezuelan world champion, Ogleidis “La Niña” Suarez celebrates a new birthday, and the WBA family expresses it’s most affectionate greetings on this special day.
She was born in Caracas, Venezuela and grew up in Las Tejerías, Aragua State; “LA Niña” Suárez was always linked to the sport and defended the state colors during her female amateur career. Suarez made her professional debut on December 7, 2008 in Panama.


She won her first title on October 22, 2011 when she fought for the featherweight Interim title against Katy Wilson, whom she defeated by split decision to win the title she later defended three times.

Pamela Benavidez was her first defense victim, then she beat Liliana Palmera on couple of occasions, before falling by unanimous decision against Edith Soledad Mathysse on December 13, 2013, losing her title.

On May 10, 2014 Suarez conquer her super featherweight belt interim title when she beat Calixta Silgado.

Congratulations to WBA champion from her boxing family.

Marcos "The Killer Candy" is ready to defend for seventh time 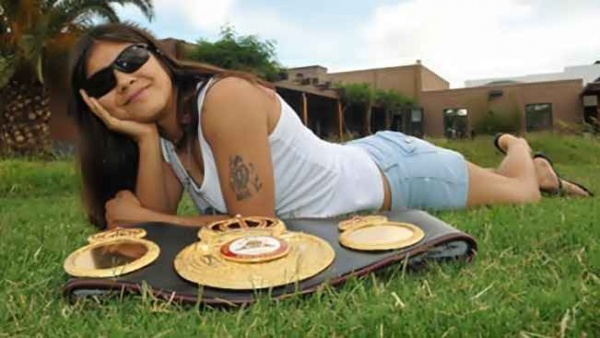