World Boxing Association (WBA) World Female Welterweight Champion Cecilia Braekhus (33-0, 9KO’s) made weight, coming in at 146.4lbs, while challenger Inna Sagaydakovskaya (7-0, 3KO’s) came in at the divisional limit of 147lbs even.  The fight will take place this Saturday, July 21st at the Olympic Stadium in Moscow.

“This is a huge international event,” said Cecilia, “a great event for women’s boxing. Oslo is not so far from Moscow and I believe many of my fans will be able to come to the fight. I want to be a global champion; I fought in Germany, in Norway, in the USA. And I will fight in Moscow now.”

Her opponent the “Ice Queen” is coming into the fight off of an impressive second round stoppage victory again Jennifer Retzke in December and will be fighting on her home turf in Moscow.

“I was waiting for this moment and finally this fight will be held,” said Inna, “I’ve boxed on the national team for many years, I have a lot of experience and it’s not even about who has so many fights but who is more prepared and more ready to win on July 21.” 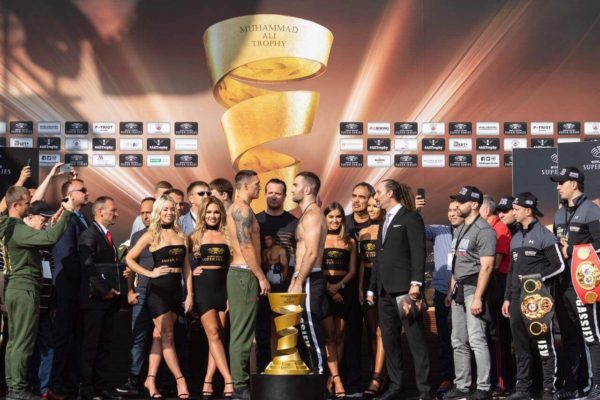