A pair of sensational fighters, who are qualified as two of the best female boxers in the world, will fight this Saturday June 9 in Bergen, Norway, they will fight for the Welter title endorsed by all governing boxing bodies; they are the World Boxing Association (WBA), WBC, IBF and WBO. This is the multi-champion Cecilia Braekhus, born in Cartagena, Colombia but resident in Norway, and Argentina’s challenger, the highly-qualified Erica Anabella Farias.

Cecilia Braekhus has been the WBA and CMB Welter Champion since March 2009. She was born on September 1981, was adopted by a Norwegian couple when she was only two years old and took her to Norway. She practiced all sort of combat sport since early childhood. She won gold medal (European championship 1995) and Silver medal (World championship 2005) in the amateur Olympic cycle.  Her amateur record is 75 victories in 80 fights.

In November 2007, she signed professional contract with German Wilfred Sauerland, who announced his purpose to make her the first Norwegian World Champion.  She became champion on March 14, 2009, when she defeated Vinni Skovgaard. She has defended her title 19 times ever since, also winning the title of the IBF and WBO. Now Braekhus is undefeated in 30 fights and 8 of them by KO, and she is the only female boxer who has had the recognition of all the boxing organizations, compared to boxers like Bernard Hopkins and Germain Taylor.

Argentina Erica Anabella Farias, “The Panther”, has conquered three different titiels Super Feather, Light and Super Lightweight. Should she win on Saturday in Bergen she will become four-time champion matching her countrywoman, Alejandra Oliveras. Her record is 24 win, one loss with 11 ko’s. She is a boxing glory in Argentina, the most outstanding country in the world in this specialty.

Both fighters have good technique in the ring. The Norwegian is 1,71 cm high, while the Farias is 1, 62 cm high. Apart from these factors and the locality, it is obvious that Braekhus is used to fighting in the welterweight since she has bee doing it for year, while Farias is new fighting in this division. They are both at similar age, 35 is years old “the panther” is 32. There is no doubt that this confrontation qualifies as one of the “fight of the century” in women’s boxing. 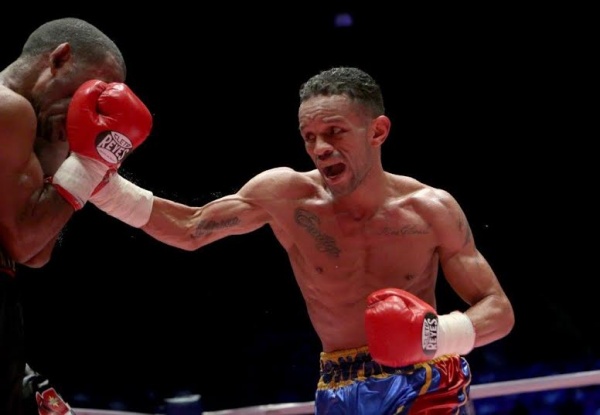