He came. He saw. He conquered.

Keith Thurman and Shawn Porter smashed TV ratings Saturday night on CBS with their fabulous fistfight in Brooklyn, New York. The WBA and former IBF welterweight champions delivered when it counted, in front of over two-million viewers on free TV in prime-time.

Keith Thurman didn’t only bring home the bacon. He also made believers of those who had forgotten, or maybe never knew, how thrilling boxing can be.

Thurman is the real deal and he fought a real challenger. A few more fights like that on free TV can change the sport’s fortunes.

It’s too soon to call Thurman the goose that laid the golden egg, but his future looks bright and he doesn’t want to blow it.

The argument against pay-per-view is as long as it has proven ineffective. Thurman may be a populist in pugilist’s clothing, but to have a world champion in his earning prime deny himself for the benefit of others says all you need to know about Keith Thurman.

“I didn’t have HBO growing up,” he continued. “I didn’t have Showtime growing up. And if you have HBO and you have Showtime, and they make it pay-per-view, now you’ve got to come out of your pocket some more. I’m not trying to gouge the American people and the American public. I want to get everybody on my side. I want everybody to have an opportunity to witness ‘One Time.’ And I want boxing to come back to the forefront of network television.”

If Thurman was running for president I’d vote for him. He’s smart, not sassy. His heart is in the right place.

And I hear he can fight a little bit. 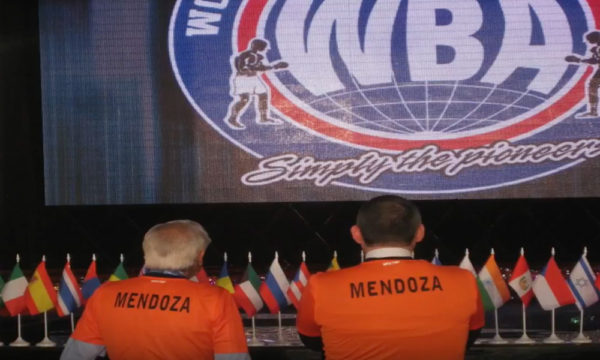