Haitian idol Evens “The Sun City Kid ” Pierre (24-1, 17 KOs) won the vacant WBA Fedelatin lightweight title with a decisive tenth round TKO over experienced former contender Rene “Super Chirizo” Gonzalez of Nicaragua (31-7-1, 23 KOs) on Saturday night at the Karibe Convention Center in Petionville, Haiti. The lanky Pierre used his jab and long arms to befuddle and totally outbox the visitor who was spent and hurting after ten rounds and opted not to come out for the last round.

Jacques Deschamps, manager of Pierre, was ectasic at the performance of Evens. “It was a risk fighting a tough and experienced boxer like Gonzalez but Pierre passed his exam beautifully.” 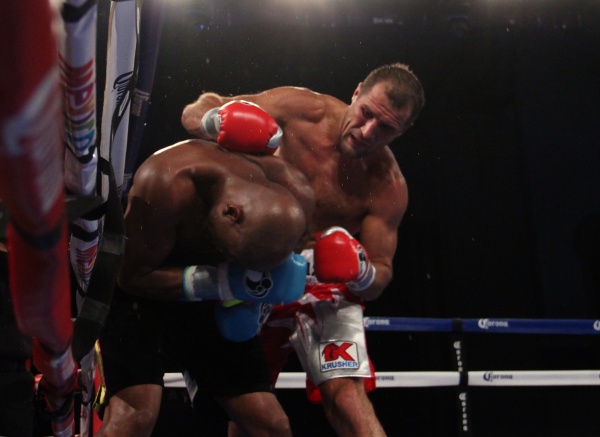