The World Boxing Association and its president, Gilberto Jesus Mendoza, will promote the Olympic boxing project in Venezuela, providing amateurs from that country with the necessary tools for their preparation and participation in the events of the Olympic cycle until the 2020 Tokyo Games.

Under the “One boxing” proposal, promoted by the WBA in favor of the union of professional and amateur boxing, the first sanctioning body of boxing expressed on Tuesday to the Venezuelan Olympic Committee, through its president, Professor Eduardo Alvarez Camacho, the commitment to promote and direct the preparation of the boxers that are part of the Olympic program.

“We are very satisfied with the receptiveness we received from the Venezuelan Olympic Committee,” said Gilberto Jesus Mendoza, president of the WBA.

“We talked to Professor Alvarez by phone about our purpose of contributing to the amateur and professional boxing ranks, and the disposition we have to promote the preparation of the Venezuelan boxers that are part of the Olympic program in the remaining events until Tokyo 2020.

We are already working on this and it shows with the presence of Yoel Finol and Gabriel Maestre in Barranquilla. We also proposed the inclusion of Ogleidis Suarez to that program, and we will explore ways to strengthen the Venezuelan Olympic team.”

The WBA initiative with the Venezuelan boxing program has the endorsement of the boxing leadership of that country and awaits the signing of the corresponding formal agreements.

In the framework of this proposal, the boxers Gabriel Maestre, captain of the Venezuelan national team, and Yoel Finol, silver medalist of the Olympic games in Rio of 2016, have been training for months in the camp of the WBA in Barranquilla – the city that last Saturday hosted their respective premieres in professional boxing in which they scored victories by knockout.

“Professor Alvarez informed us of his decision to support the WBA in this initiative, and what we want is to work hand in hand with the Venezuelan Olympic Committee and also with the Ministry of Sports of Venezuela, to advance our proposal of “One Boxing”, demonstrating our conviction that only together we can give a quality boost to boxing.

In the past we offered our disposition to Minister Pedro Infante, who agreed with our collaboration; and all the Venezuelan boxing leaders have told him that our doors are open to build a scenario in which the athletes are the overall winners of the program. You have to understand that boxing comes first and with the support of the WBA, boxers will help us show the world that we can work together and achieve results.

Just seeing the way Finol and Maestre worked in the professional ranks fills us with hope thinking about the next Olympic Games and my dream is to see them become Olympic and World champions,” added Mendoza.

“We believe that we can contribute, that is our social mission; and what we are doing is moving from preaching to action. What we want, at the end of the road, is to be able to contribute to the Olympic movement, that is why we have placed ourselves under the command of the International Olympic Committee, placing at our disposal all our expertise, our technical staff, the academy, our projects around the world and almost 100 years of experience in favor of Olympic and amateur boxing,” Mendoza added. 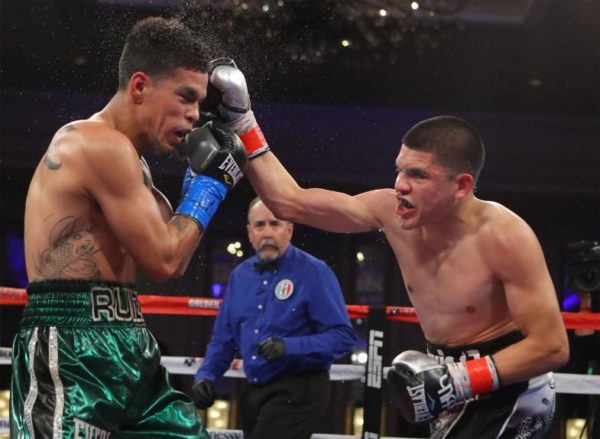