He walks along with his Uruguayan delegation in the “Future WBA Champions” Camp in Medellin. A fighter who stands out in his group for being one of the strongest, but his attitude is very different from the one he could have eight years ago. Cristhian Correa today is one of his country’s hopes to get a ticket to the Olympic Games and he dreams about it, that’s what he’s preparing for. But his present and future have only been saved by boxing.

Today he is 26 years old, he dreams and projects, but from the age of 18 to 24, four walls of a cell made him pay for his mistakes. Six years in prison were hell, but they helped him find his way through boxing, which came into his life out of the mere need to occupy his mind and energy with something during his incarceration.

“I used to be into anything, delinquency. When I was 18, I was arrested for armed robbery. Until I was 24 I was deprived of my freedom, and while I was in prison I started boxing in a program there. A street trainer (Adrián Silveira) would come on Tuesdays and Wednesdays to train me and I was released and went to his gym to compete. Now I got to this, I became champion and it went well. This changed my life, I have a beautiful one-year-old son, I work in construction in the morning, I train in the afternoon and I have changed, the truth is that sport has changed me,”said Correa during his training at the home of WBA president Gilberto Jesús Mendoza.

But Correa’s changes are not only from a professional point of view, as a person today he is different and all the negative aspects of the past went away thanks to the sport: ” Honestly, before I knew boxing I was a very violent person, I was a person who did not know how to argue. I didn’t know how to mediate with a person, I would talk and I already wanted to hit a punch, I was very impulsive and honestly, since I knew boxing I didn’t have any more problems. I know how to argue, I know how to shut up and say “come on, if you think this, I think this”. The truth is that boxing changed me, it is a therapy”.

Correa knew boxing and knows what it’s like and what it’s for. From his perspective, the image that society has of the sport with flat noses is wrong, and he explains his reasons.

“I recommend that you learn more about boxing. I speak mostly for Uruguay where boxing is seen as a violent sport in which people fight like crazy and it is not really like that. It is a therapy, there is companionship, you fight on the ring and at the end, you hug your opponent and the truth is that it changes you a lot,” says the 75-kilogram fighter.

Correa knows that it is possible to get out of the pit if you have a vehicle like boxing to get through, but it takes mental strength to do that. To those in similar situations, he sent a message of encouragement.

“Don’t give up. I have friends in prison today. I was there and if you get your mind set on it, you’ll be able to make it,” closed the Uruguayan. 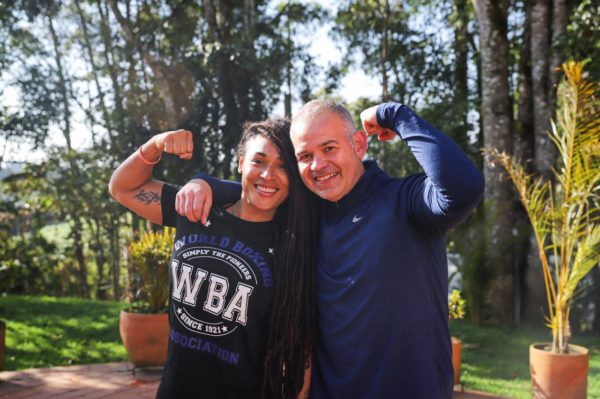