To open the doors of your house is a symbol of fraternity, of family, everything that the World Boxing Association stands for through its president Gilbertico Mendoza, who in line with making visible the values to be transmitted, in the morning received again in his home more athletes and trainers as he did yesterday with the team from La Florida, Argentina and Uruguay. Today he did it with the selections of Uzbekistan, Puerto Rico, Italy and Panama.

They held a welcoming breakfast where the WBA super welterweight champion, Costa Rica’s Hanna Gabriels, was shown as the example of how anything that young people set out to do, with work, can be achieved: “She has a lot to do with what we are all here for, which is a dream.

I’ve known her career since it first started. She had a dream to take women’s boxing in her country to the top. One day I was invited to watch a fight in Costa Rica and I had no place to sit, there were seventeen thousand people supporting her and that taught me that dreams can come true,” Mendoza shared his motivational words with the teams.

In the frame of the only and great preparation campus for the pre-Olympics in what has been called “FUTURE WBA CHAMPIONS”, the precursor always seeks to transmit experience, values and education to be able to look at the future: “As I told you during the dinner, if you have a passion, it motivates you to be better and that you have no limits or obstacles. I know that everyone here has the dream of the Olympic gold medal and if this experience in Medellin gives you something, if the little that I can give you to achieve this dream enriches you, that’s what I want; that you can take this experience, the beautiful things that you can do, that sport breaks frontiers and when you have difficult moments and your head tells you no, remember the good things that sport does as the brotherhood that is formed between all of us”. Mendoza was applauded with an immense emotion by everyone and then it was time for morning training in the facilities in which Mendoza also actively participated.

The preparation fights between the different categories of the ten countries present will take place from tomorrow, Friday 7, until Sunday 9 and finally the camp will end on the 11th. 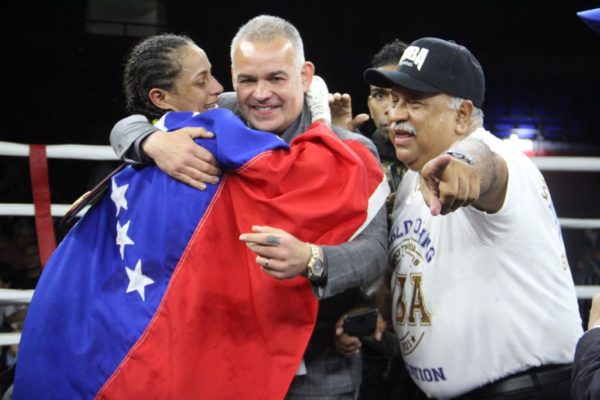