The men had met before. They fought twice in 2011, first in Panama and then in Mexico, and both times Marquez scored TKO victories over the budding Panamanian superstar.

The shock of those defeats had worn off over the years, but the sting did not, and Concepcion, who is riding high these days, turned the tables on Marquez last night, decisively, impressively, and especially pugilistically.

Fighting out of the red corner in red, white and blue trunks, Concepcion brought the fight to his one-time subjugator. Using effective aggression, a stinging bombardment of punches, and a burning desire to set the record straight, he won a lopsided decision on all three judges’ scorecards.

Marquez, fighting out of the blue corner in black and blue trunks, was coming off a loss to longtime WBA Super World flyweight champion Juan Francisco Estrada in his last fight and fought Concepcion on nine day’s notice. But the 27-year-old “Tyson” felt that if could beat the 30-year-old interim champion he might have earned another shot at the crown.

But that shot is Concepcion’s, as far as he and his fists are concerned.

And the rabid fight fans in Panama agree.

In the co-main event, Sugar Shane Mosley (49-9-1, 41 KOs), the future Hall-of-Famer from Pomona, California, TKO’d Patrick “El Elegante” Lopez (23-6, 14 KOs), a southpaw from Londonderry, New Hampshire, by way of Cojedes, Venezuela, in the 10th and final round of their scheduled 10-rounder.

Fighting out of the red corner in white trimmed with blue, Mosley knocked down his opponent four times, once in the fourth and three times in round 10, before the stoppage. It was, nevertheless, a distressingly close fight.

Lopez, fighting out of the blue corner in white trunks with black trim, is no one’s idea of a world-beater. But he is everyone’s idea of fighter with nothing to lose, and that’s exactly how he fought.

Because Mosley is a righty and Lopez fights out of a southpaw stance, a clash of heads, the first of many, one-minute into the opening round, drew blood from the former champ’s forehead and set the tone for much of the rest of the fight.

Shane is not a shot fighter. All of his skills have not abandoned him. But he has lost four of his last eight bouts, including a savage beating at the hands of Canelo Alvarez in 2012, the kind of beating from which it’s hard to recover. When he was young, Mosley was able to bounce back from defeat with no visible signs of wear and tear. But he is now 44 and his reflexes, footwork, and chin are no longer what they were.

Everyone likes Shane Mosley. He’s a prince among men. There’s nothing not to like. Boxing is what he does, what he has always done, and the thing that he does best. We are happy he won last night’s fight against Lopez. He pulled it out when he was behind on our scorecard, just like a real champion would. But exceptionally good guys deserve exceptionally good retirements and it would be a pity—no, make that a tragedy—if, God forbid, he were seriously hurt in this uncompromising business of ours.

There were several other fights Thursday night.

The WBA Goes to India 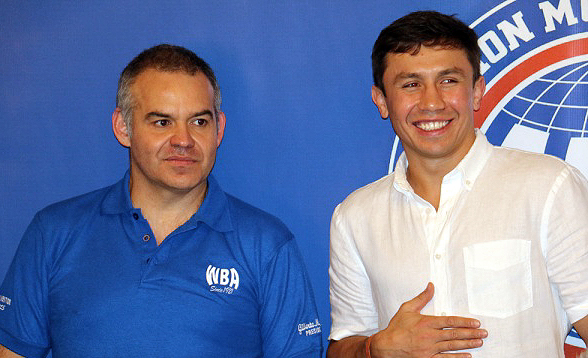