With the first meeting of the Steering Committee meeting of the World Boxing Association, the WBA “KO drugs” was inaugurated in Tapachula, Chiapas, Mexico. The formal KO Drugs program launching will take place later today with the presence of municipal authorities and will continue with a second committee meeting at the Holiday Inn Express Hotel.

Regarding the activities to be held,
Gilberto Mendoza, President of the World Boxing Association said, “we want the KO Drugs campaign to spread through all the countries and generating commitment and partnerships to fight this scourge of drugs through healthy activities, through boxing and other sports.”

Former world champion Roberto “hands of stone” Durán, who arrived yesterday in Tapachula to support the program promoted by the WBA said: “KO to drugs opens our youth to practice sport practice and avoid drugs”, said.

Chiapa’s people have a great expectations for the high voltage event of this Saturday March 21, with the two WBA title fights at the Mesoamerican Palenque Feria.

Opened the “KO Drugs” in Tapachula 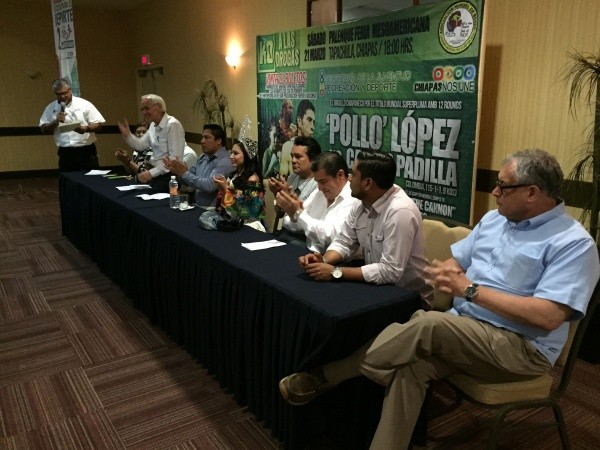